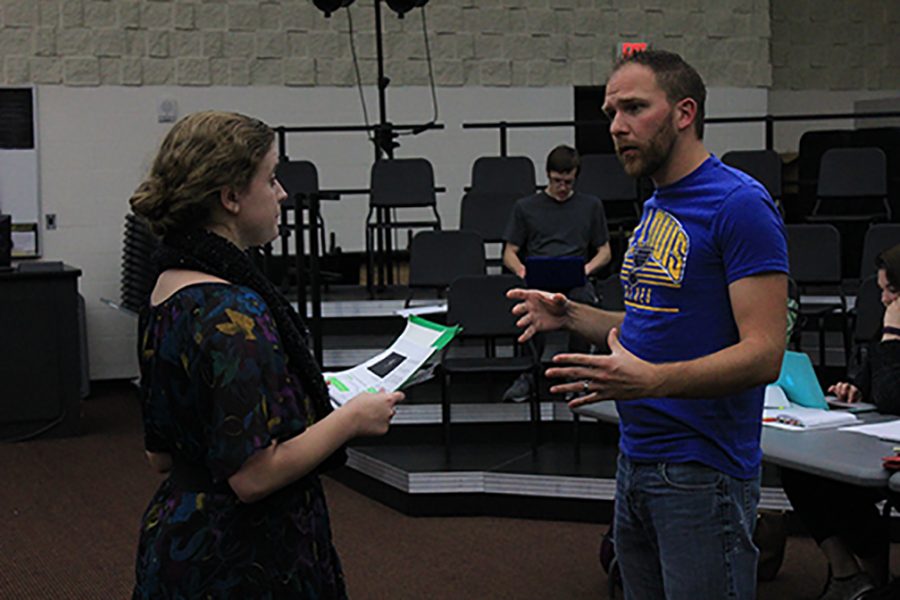 Lindenwood graduate Phil Gill is back on campus as guest director for this year’s “A Christmas Carol.”

Gill graduated with a master’s degree in directing in Dec. 2013 and has since been working with theaters in the St. Louis area.

Associate Professor Emily Jones taught him during his two years in Lindenwood’s master’s program. She said his directing is about the ac­tors.

“He focuses first and foremost on the acting of the production and making sure the actors feel comfort­able and safe in their envi­ronment and that they have the tools they need to com­municate the story to their audience,” Jones said.

Since he graduated in 2014, Gill said he has been in the St. Louis area making a name for himself and cre­ating professional relation­ships to further his direct­ing.

Gill said most directors direct in one of three ways. Design directors focus on how the lights and set will work. Playwright directors stay as true as they can to the script, and actors direc­tors, like Gill, use their con­nections with the actors to tell the story.

He said he’s glad to have the opportunity to direct “A Christmas Carol” at Linden­wood this year.
[perfectpullquote align=”left” cite=” Emily Jones” link=”” color=”#CBB57B” class=”” size=”32″]“He’s always been some­one who’s pleasant to work with and will challenge the students,”[/perfectpullquote]

“I want to bring a little bit of a fresh perspective,” he said. “I also want to get the chance to work with these students and get them to create the characters as their own.”

Directing plays like “A Christmas Carol” are the most challenging because a lot of people are familiar with its plot, so it’s hard to make it original yet recog­nizable, Gill said.

“He’s always been some­one who’s pleasant to work with and will challenge the students,” Jones said.

She said one of the rea­sons he was chosen to direct was not only his knowledge of the facilities, but his ap­proach to directing is what she expects of faculty and staff at Lindenwood.

The manager of the cos­tume shop at Lindenwood is Louise Herman, and she worked with Gill for a little under two years. She said he was her first student worker.

“I’m very happy that he’s back directing because I really enjoy working with him,” she said. “I liked hav­ing him as assistant; he has a wonderful personality, and we got along really well.”

She said he was always patient when explaining things to students who needed support from the lit­tle shop that is tucked away in the J. Scheidegger Center.

He said Lindenwood changed his approach to di­recting and that he wants to help student actors develop their skills.