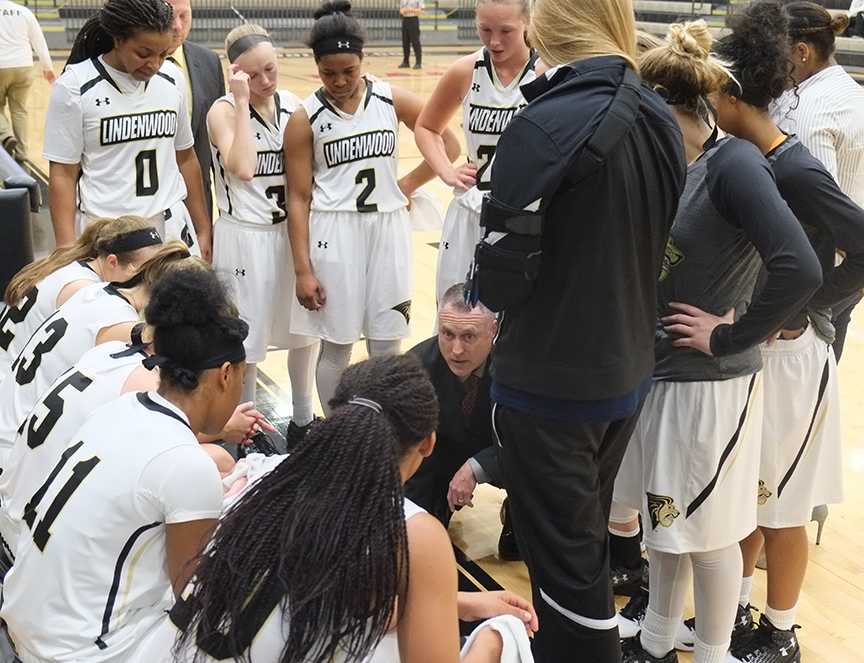 The game was sloppy throughout for both sides, as the Lions finished with 19 total turnovers, compared to 18 for the Janes.

Despite the turnovers, Lindenwood was able to take advantage of its height advantage, finishing with 52 rebounds, including 22 offensive rebounds.

This ended up being one of the biggest differences in the game, as the Lions were able to score 18 second chance points.

“I thought our guards did a great job on the boards, and they played pretty aggressively,” Lindenwood head coach Tony Francis said.

Francis also said that he was highly impressed by the play of Walker, who played with a sense of energy even when everyone around her came out sloppy in the first half.

“She plays with an intensity that I really like,” Francis said.

He added that he was happy she played so well because it was her first every college home game, two blocks away from her high school in front of her friends and family.

With the win, the Lions improve to 2-2 on the season. They will play next against Lindenwood-Belleville on Nov. 29 at the Hyland Arena.