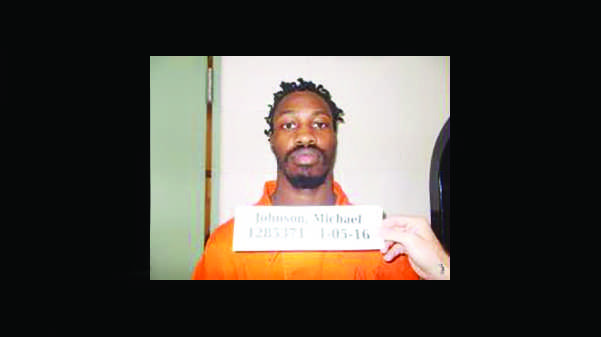 Photo from the Missouri Department of Corrections

An appellate court last month ordered a new trial for former Lindenwood University student and wrestler Michael Johnson, who was convicted of exposing one sex partner to HIV and attempting to expose four others.

Johnson had been facing a 30-year sentence for the crimes — the equivalent of a life sentence — before the ruling came down Dec. 20.

St. Charles County Prosecutor Tim Lohmar declined to comment other than to say he intends to retry Johnson. The charges involved several Lindenwood students, including the man who became infected with HIV.

During a May 2015 trial, a nurse practitioner at the university’s health clinic and a counselor with the Missouri Department of Health both testified that they told Johnson that he had gonorrhea, was HIV positive and needed to practice safe sex. They told him he was required by law to tell his partners that he had HIV, but Johnson told them he hadn’t had sex with anyone, prosecutors said.

Several of the men who had unprotected sex with Johnson in his dorm room in Flowers Hall and off campus testified that they had no idea that Johnson had HIV.

Several also said that Johnson had declined their request for him to use a condom.

Johnson testified at trial that on Jan. 7, 2013, he was informed that he was HIV positive but claimed he had disclosed his status to everyone he had sex with after being informed.

Prosecutors then played tapes of phone calls Johnson made from jail that cast doubt on his version of events.

The Missouri Court of Appeals Eastern District ruled that the judge, Circuit Judge Jon C. Cunningham, erred by allowing those recordings because Johnson’s attorney was not made aware of them until the first day of the trial, according to court documents.

The three-judge panel that overturned the conviction didn’t address Johnson’s other contention — that his sentence violated a constitutional ban on cruel and unusual punishment. His punishment had been widely criticized by activist groups as too harsh because of the advances made in the treatment of HIV.

Johnson, now 25, has been serving his sentence at the South Central Correctional Center in Licking, Missouri. It is unclear when he will be retried.

Attempts to reach Johnson or his attorneys were unsuccessful.