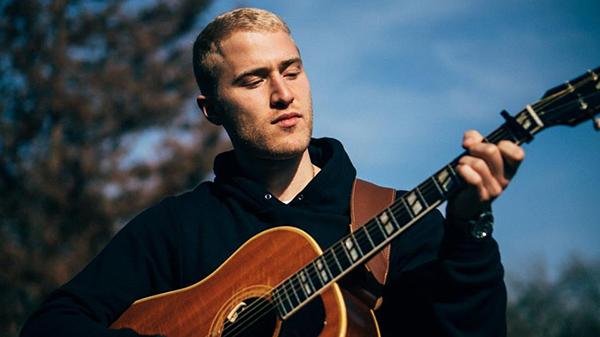 R&B/Pop singer-songwriter Mike Posner will perform at the Scheidegger Center on April 4 as part of the university’s annual Spring Fling Week.

The announcement was made during halftime of the Lindenwood men’s basketball game against the University of Central Missouri on Jan. 22.

“The UCM basketball game had a really big draw last year and we always have a close game against UCM, and so we figured, ‘Well, let’s do it on the screen and see if we can get other students involved’ and so we contacted the cheerleaders and asked if they could help us out,”  T.J. Tipton, an event coordinator for the Campus Activities Board, said.

The process of picking the artist began last semester, as Lindenwood students cast their votes online in Involve U.

“We started out by coming up with a list of different artists and having the student body vote on them,” said Campus Activities Board Graduate Adviser Ethan Miller.

More than 100 students were polled, and Posner won out over artists such as James Bay and the Eli Young Band.

Miller said, “Mike Posner’s been around for a while and he’s kind of popular and he’s getting up and going again where he’s got a pretty popular album out, so I think it will be pretty big and the student body will be excited for it.”

Posner’s song “I Took a Pill in Ibiza” has been nominated for song of the year at the 2017 Grammy Awards. He has also nominated for Best Electronic Video in the 2016 MTV Video Awards.

Free tickets are available to the first 800 students with a current Lindenwood ID. Each student will be limited to one ticket per ID. Tickets will be available for pick up in the Office of Student Involvement beginning at 8 a.m. on Jan. 23. Additional tickets can be purchased for $15 at the Scheidegger Box Office.

The concert is scheduled to begin at 7 p.m.