Patients speak through their art 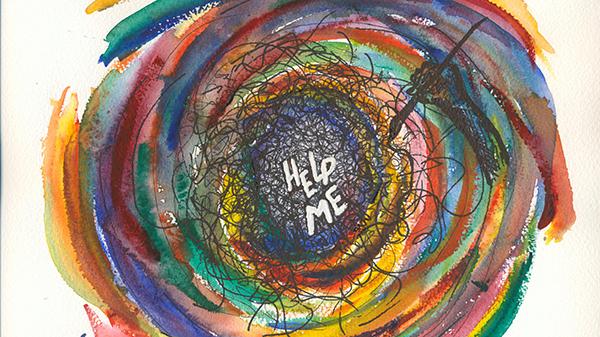 A teenager discussing his alcohol or drug problem. A man with dementia or Alzheimer’s. A veteran suffering from post-traumatic stress disorder. A child with autism who has difficulty communicating his emotions.

These are examples of people art therapy has helped.

“Because of the nature of art therapy, it is very flexible as to how it can be applied,” said James Hutson, the director of Online and Graduate Programs.

He said the notion of art therapy being “a newly formed kind of social science that is still not well known” in the social sciences community still exists.

However, it is the second-highest enrollment and degree choice for those seeking studio art degrees at Lindenwood.

Lindenwood offers a Bachelor of Arts degree in studio art with a minor in psychology with an emphasis in pre-art therapy; that prepares students for the two-year art therapy master’s degree required to become a certified art therapist.

Currently, 23 students are in the program.

One of those students is Elizabeth Maenpaa, who picked pre-art therapy because she liked the idea of using something she loves to help other people.

“It stands out from other forms of therapy in that you can still work with people who aren’t necessarily ready to talk about what they’re going through,” Maenpaa said. “Using art is a tool to help them work through things they can’t always verbalize. That’s where the art can do the talking and give them an opportunity to still find help they need.”

Maenpaa did an internship in St. Charles for Preferred Family Healthcare in “Achieving Recovery, Resiliency & Responsibility Through Creativity” program where she worked with people who had substance-abuse problems.

Hutson said another common internship opportunity students have had has been to work at St. Louis Children’s Hospital with patients.

“Primarily it’s diversionary, so giving them projects to work on that enrich their lives but also distract them from the fact that they are in the hospital and they might be frightened or suffer from depression at the same time because of it,” he said.

Professor of psychology Marilyn Patterson said what makes art therapy special is that “art speaks to us.”

She said if an art therapist asked a patient to draw anything or just choose colors, the therapist’s job is not to “interpret” for the person what the person meant by the drawing.

“You let them tell you,” Patterson said. “So they’re working through you. You’re like a catalyst, not an interpreter. But then you don’t tell them how they feel either, when they put what they do on paper. You give them an invitation to talk about it, that’s all.”