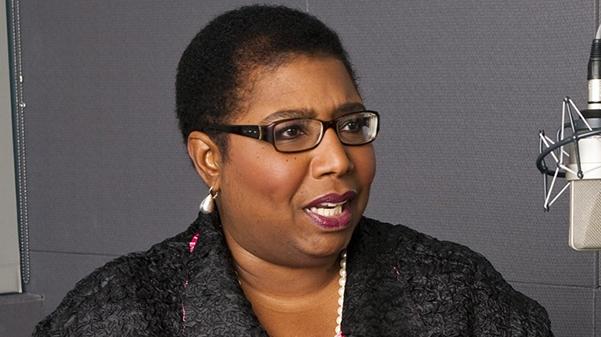 Award-winning radio host, producer and journalist Callie Crossley is coming to Lindenwood on Feb. 7 to speak to students about the role of news in society.

Her speech, “Beyond the headlines: Turning the media’s messages into civic action,” will be held at 7 p.m. in the Anheuser-Busch leadership room in the Spellmann Center, University Archivist Paul Huffman said.

The speech will be about becoming less complacent about the news, and will push for students to become more active members in society, he said.

Crossley is currently the host of “Under the Radar with Callie Crossley,” a Sunday evening radio show. She guest-lectures at colleges and universities about media and politics.

She is also known for her work as a commentator on national radio and TV including CNN’s “Reliable Sources”, PBS’ “NewsHour” and many other programs, according to her website.

She earned an Oscar nomination and a national Emmy as the producer for Blackside Inc.’s “Eyes on the Prize: America’s Civil Rights Years,” a PBS series that covered major events of the civil rights movement between 1954 and 1985.

Crossley has won additional awards for her work with Boston Public Radio, and her radio documentary, “Witness to History: WGBH’s 1963 Coverage of the March on Washington.”

In Mar. 2013, Crossley spent a week as St. Ambrose University’s annual Woodrow Wilson Visiting Fellow. She talked about race in a speech titled, “I Don’t Mind Talking About It: Breaking the Silence about Race and Racism,” according to a St. Ambrose press release.

“I have been surprised and deeply saddened by the level of overt, publicly stated racist comments and acts,” Crossley said about the election of President Obama in an interview with the St. Ambrose Ambrosian in Jan. 2013. “I certainly thought that in our nation with the kind of racial history we have – where the tension is ever thus, and it’s ongoing and unretractable, all those things – that the election of a black man to president would mean something positive in the whole context of race relations.”

She’s given similar lectures at schools like Suffolk University in Boston and Washington & Jefferson College, and has received an honorary degree from Cambridge College.

This Lindenwood Speaker Series event is free and open to the public.