Single-person rooms should be need-based 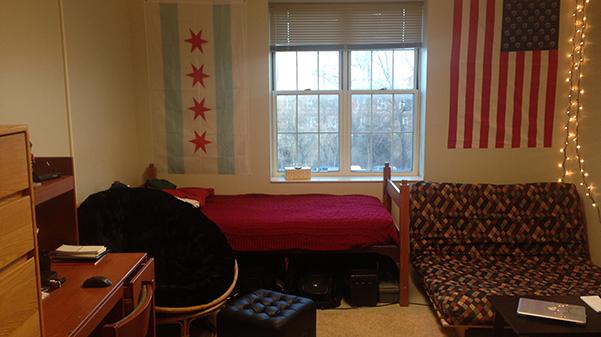 Having a single room is a medical necessity for some students, and Lindenwood’s planned room hike is putting them at risk.

The price for a single-occupant dorm room is being raised by a range of $100 to $750, according to a Nov. 29 article in the Legacy.

I currently have a single room in Cobbs Hall, which a therapist gave me a written recommendation for. I have Asperger’s Syndrome, a social disorder that, among other things, requires me to have large amounts of alone time, and a lack of that can be detrimental to my health and well-being.

People who require these accommodations should not be subjected to higher prices as a result of needs they cannot control. They could have any number of medical conditions, some of which can be very personal.

According to Jeremy Keye, access services coordinator at Lindenwood, any type of social disorder can cause a need for a single-occupant room, as well as food allergies or insomnia.

If a student with one of these conditions can no longer afford a single room and has to have a roommate, there is no telling what that roommate could do to exploit that person’s medical conditions, such as taking advantage of a major food allergy or simply letting others know about this person’s medical issues.

However, this is not to say that everybody who wants a single-occupant room should receive discounts or even a solitary room at all. According to Director of Residential Life Terry Russell, the 50 single-occupant rooms on campus go to the students who request them first.

I don’t think this is the way administrators should go about giving these rooms to students. Those who want these rooms simply for convenience and can be in a shared dorm room with few personal drawbacks should pay full price or be denied a single-occupant room entirely in order to save space for those who actually need them. A note from a certified professional should be what determines if someone gets one of these rooms.

Enrollment at Lindenwood currently is about 500 students fewer than a year ago, and many vacancies exist in the dorms. If the university can’t even fill all of the rooms, the prices should not be raised to further drive away students who need the single-occupant rooms; rather, these rooms should just be more exclusive by only being given to students who need them.

Russell said he is trying to make the residences fairer to students and change the costs to suit the living conditions. I agree that people living in double-occupant rooms shouldn’t have to pay the same amount as those living in places with higher-level amenities, such as a personal bathroom or off-campus housing, but single-occupant rooms should not be included in this.

I know many decisions about the costs are still up in the air, and Russell did say that students with disabilities would be taken into consideration when deciding on these factors. That’s good, because these exceptions need to happen. For some students, single rooms are perks; for others, they’re necessary to stay in good health.