Dardenne Prairie facility to shutter at end of month 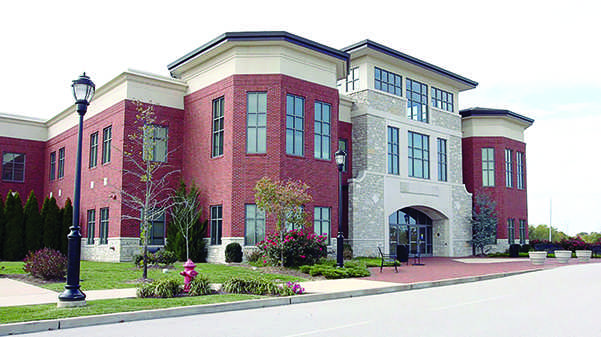 The Nursing and Allied Health Services building in Dardenne Prairie will close at the end of the month. It housed Lindenwood University and St. Charles Community College programs.
Photo from lindenwood.edu

Lindenwood University will bid farewell to its Nursing and Allied Health Services building in Dardenne Prairie at a closing ceremony at 1 p.m. Feb. 24.

The university originally purchased the facility, the former Barat Academy prep school, in September 2012 for $8.1 million.

Lindenwood had been sharing the building with St. Charles Community College; both institutions used it for their respective nursing programs.

But on Dec. 5, the St. Charles Community College Board of Trustees met to purchase the 69,000 square-foot facility from Lindenwood for $9.45 million, according to Mid Rivers Magazine. Previously, the community college paid Lindenwood $175,000 a year to lease the facility.

Lindenwood moved its nursing classes to its St. Charles campus at the beginning of the fall 2016 semester.

According to a press release from Lindenwood officials, convenience and location was a major factor in the decision to sell the facility and relocate the nursing program to the main campus.

“The decision was made that the students in that program would be better served if it was housed on our St. Charles campus,” said Chris Duggan, Lindenwood’s public relations coordinator.

President Michael Shonrock said in the press release that he was happy about the deal.

“We believe that this move is ultimately beneficial for both institutions,” he said. “We look forward to our continued partnership with St. Charles Community college, like no other.”