Track laces up for outdoor season 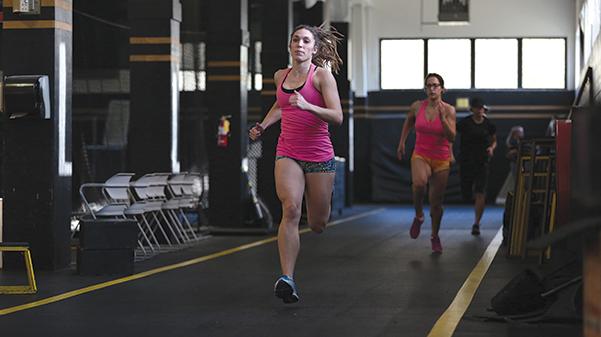 As the indoor portion of track and field season comes to a close, head coach Scott Roberts said he is proud of the progress his young team has made and is looking forward to beginning the highly competitive outdoor season.

“I think the talent level on our team is a lot better than it was a year ago,” Roberts said. “We had some meets early on in the year when I thought we did extremely well.”

He mentioned that the team has been highly successful in a number of meets this year that they may have struggled in a year ago, specifically pointing out a meet at Principia College in late January where the team was victorious in 14 events, and was able to walk away with a number of records in that facility.

Throughout this indoor season, the team has seen a number of its participants turn in great individual performances, allowing the team as a whole to benefit from their success. Among the greatest successes has been having a number of the team’s participants provisionally qualifying for the NCAA indoor national track and field competition, set to take place March 10 and 11 in Birmingham, Alabama.

Among those currently slated to take part in that competition are junior sprinter and jumper Michael Mlambo and freshman jumper Anna Tyan as well as junior distance runner Omar Es Salmouny.

Senior sprinter and jumper Kendra Smith and thrower Michelle Kyle have each hit automatic national qualifying marks in their events as well.

Roberts said each of them, as well as their other teammates who have provisionally qualified, have had outstanding seasons, many of them building upon already decorated careers.

Last season, Mlambo finished in the top 15 nationally in the outdoor long jump event, while Smith was fourth in the country in the triple jump in the outdoor competition.

Tyan is a young competitor who has shown improvement throughout indoor season, and Roberts expects big things from her moving forward.

Es Salmouny has distinguished himself over the past few years in the outdoor steeplechase, but Roberts has been impressed with his ability to anchor the team’s school-record-holding distance medley this season.

It is important to note that each of these competitors have qualified provisionally, meaning they may fall out of contention for the event if their time is surpassed by too many other competitors before the national competition.

Despite these many successes, Roberts believes the team will experience even more success when outdoor track and field begins in late March.

“We are more of an outdoor team,” Roberts said. “I think we are really looking forward to that season starting.”

He said a variety of factors go into that distinction. First of all, it is easier for the team to train for outdoor season, given the facilities Lindenwood has to offer. Another key factor is that many of the team’s top competitors mainly compete in events that are only offered in an outdoor setting.

Specifically, Roberts said one of the top events for the team is the discus, which is not performed during indoor season.

Before the team can get to that portion of its season, however, it must finish indoor season, which culminates for most of the team with the MIAA conference meet that is set to take place this upcoming weekend in Joplin, Missouri, which Roberts believes will be highly competitive and valuable for his team.

“Our conference is basically the SEC of Division II,” Roberts said. “It’s one of the strongest conferences in the country, and I think we’ve got some good kids in this program, and we want to continue to build onto that.”