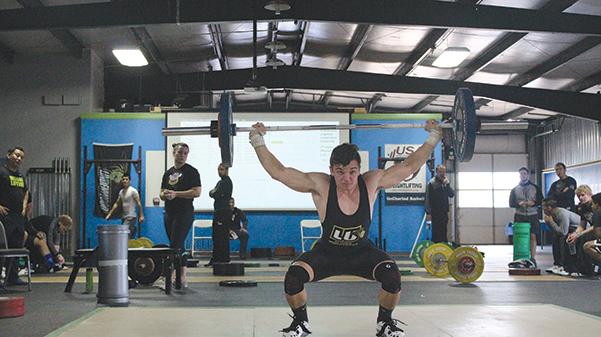 Five members of Lindenwood’s olympic weightlifting team placed in the top five of their weight class at the Junior Nationals meet in Kansas City Feb. 23-26.

Assistant coach Austin Rodriguez said that Junior Nationals is far more than a college weightlifting meet for underclassmen; it’s the proving ground for all lifters within the respective age group.

“Junior Nationals is the biggest competition for 20-year-olds and under,” Rodriguez said. “It’s basically the whole nation. It’s big because it qualifies you for other competitions, like world competitions.”

Having only five top-five finishers is relatively unfamiliar territory for the Lions, while at the same time, nine top-10 finishers is just as rare, but more of a pleasant surprise.

“I would say it’s a high number for top 10, but it was a low number for people placing in the top five,” Rodriguez said. “It’s probably the most we’ve had place in the top 10 since we’ve had the program.”

Freshman weightlifter Fenner Lamm finished fifth in her weight class during her third national meet and attributed her success to the physical training beforehand, but also the often overlooked mental preparation.

“You wouldn’t think the mental part is a huge factor, but it’s half of it or more,” Lamm said. “You’re envisioning what you’re going to do the whole time, but if you think negative thoughts or second-guess yourself, the only thing you can do is go back and tell yourself that’s not going to happen.”

“I was projected to get second,” Montgomery said. “If I got one more lift, I would have finished second, so it was actually disappointing. I’m proud of my performance, but I should have been pushing for first.”

Although most schools would be satisfied with the meet that Lindenwood had, both lifters and coaches are already thinking of ways to improve for the nationals tournament in April.

“We definitely need more focus in the actual competition and coaching-wise for us too,” Rodriguez said. “We’re definitely going to be more focused in the back room. With so many people back, there it’s hard to focus, so we’re going to aim for more attention from coaches.”

With the new training tactics on top of the existing routines, Rodriguez sees Lindenwood making an impact on the upcoming nationals tournament.

“This was a huge learning point that we’re definitely going to improve on,” Rodriguez said. “Nationals is going to be a pretty amazing meet for us as a team. I feel really confident in saying that. I’ve projected six [lifters] in the top five of their divisions and roughly three gold medalists.”