Thinking through inking: Why I got my first tattoo 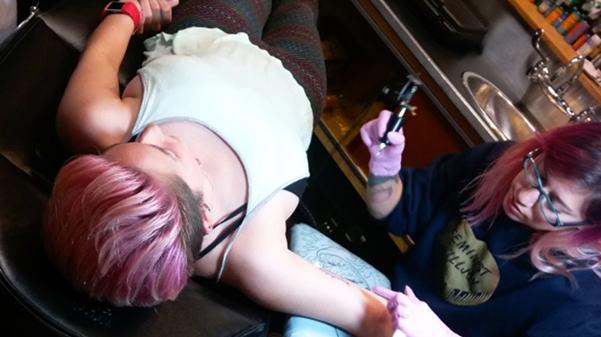 In a strange turn of events, a statement from the conservative Senate majority leader has become a battlecry for women across the nation.

Elizabeth Warren, democratic senator for Massachusetts, read a 1986 letter by Coretta Scott King to the Senate in a debate over attorney general nominee Jeff Sessions.

King, the wife of Martin Luther King Jr., opposed Sessions’ nomination to be a federal judge.

According to an article by the Washington Post, Warren was interrupted by Senate Majority Leader Mitch McConnell noting a rarely used Senate rule that states that senators cannot “directly or indirectly, by any form of words impute to another Senator or to other Senators any conduct or motive unworthy or unbecoming a Senator.”

McConnell stated that Warren was “giving a lengthy speech. She had appeared to violate the rule. She was warned. She was given an explanation. Nevertheless, she persisted.”

That final phrase, “Nevertheless, she persisted,” is now tattooed on the inside of my right bicep. My inspiration came from a blogger in Minnesota who created a Facebook event to get the phrase tattooed at a Minneapolis shop. Over 100 women showed up to get that same tattoo alongside her.

Although the phrase was spoken as an insult to Warren, it has become a positive motto for women. When I think of “Nevertheless, she persisted,” I see Warren standing her ground to fight for something that she believes in. She was silenced by McConnell and other senators, but she persevered.

I got my tattoo at Iron Age Studios in the Delmar Loop. As I sat there enduring the pain of my first tattoo, I thought about all of the strong women that I was getting it for.

Some people say that you need to think about potential repercussions before you get a tattoo, such as how a potential employer will view you, how society will view you and so on.

For me, I decided to think through my tattoo and express what I believe in through a piece of art that is permanently on my body.

Tattoos are an impactful medium in which people can express themselves and make statements.

When people ask me about what my tattoo means, I am proud to say that it’s about a woman who stood up for what she believed in and got knocked down but persevered.

Regardless of what hit her, she was ready to fight back. Nevertheless, she persisted.