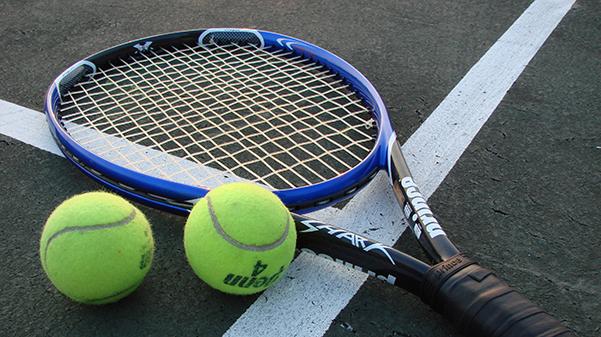 Members of Lindenwood’s tennis teams have battled numerous injuries this season, but they hope to make it to the conference tournament starting on April 20.

“We’ve gotten ourselves into a problem with injuries because our No. 1 girl is out, and our No. 6 girl has been out from time to time,” said head coach Bill Vahle. “We’ve had some injuries on the boys’ side too, but we played very well in Florida, we had a nice spring break, and we’re back into conference play now.”

The top player of the women’s team, Tereza Melicharkova, injured a disk in her back, which has affected the order of the team.

“It makes a difference because everybody has to move up one, so the No. 2 girl becomes 1 and the No. 3 girl becomes 2, and it also messes up the doubles arrangements because you have to play somebody out of position,” Vahle said.

Vahle has chosen to look at this loss in a positive manner in that it allows other players to step up and show their skills.

“It’s an opportunity for some of the girls who play 6 and 7 to play more important matches, so it’s good for them,” he said.

Alexis McCarthy of the women’s team has found it to be a difficult season for the teams because the players lost some matches they expected to win. The men’s team is 7-9, while the women are 7-11. However, McCarthy thinks the team will turn it around.

“I feel like we’re a stronger team this year than we were last year, but other teams in our conference have also gotten stronger,” she said. “So I don’t think we’ve done as well as we’ve hoped so far, but we’re confident that we can pick it up from this point forward.”

Vahle said the team’s biggest weakness is its performance in doubles matches, especially on the women’s side.

The team has many international students, and one of the largest transitions for them is learning to play on the types of courts in the U.S.

“These courts are faster than clay,” said men’s player Tudor Ghenea, who is from Romania. “And when we play indoors, it’s way faster. We need time to get used to it.”

McCarthy believes another way the team can improve is through supporting each other and becoming closer off the court.

“It’s so important to have a positive attitude and energy in tennis,” she said. “You can really tell when a team does and doesn’t.”

The players can see the conference tournament on the horizon, and although injuries have claimed more than one player, they hope to prevail in the coming weeks.