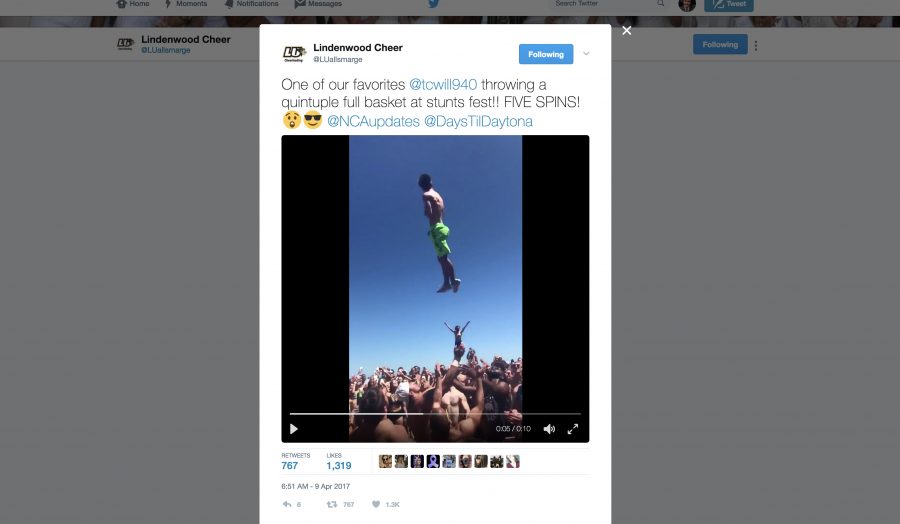 In Travis Williams’ five years at Lindenwood, he has competed in countless cheerleading competitions and participated in his fair share of memorable moments. None of those competitions were quite as memorable as his last, however.

Not only was Travis a part of the national championship-winning large coed squad, but he has also gone viral in recent days for completing one of the most difficult and rare stunts in cheerleading.

During a ‘stunt fest’, an exhibition event where teams try to do the best stunts possible, Williams completed a quintuple full basket. This stunt includes doing five spins in one flip.

Devin Ray, one of the Lindenwood cheerleaders who threw Williams into this stunt, said that last year they were able to perform a quad, meaning four spins in one flip. This year, they warmed up with a double and a quad, and Ray knew that they could pull off the big one.

“I saw that there was still time for him to do one more because he opened up really early,” said Ray. “I told him, ‘I will sacrifice my face if you throw this quintuple, like I got you.’ And all the bases said the same thing. We just trusted him and he trusted us, and it was just awesome.”