Opposing Viewpoints: Is The U.S. The Greatest Country 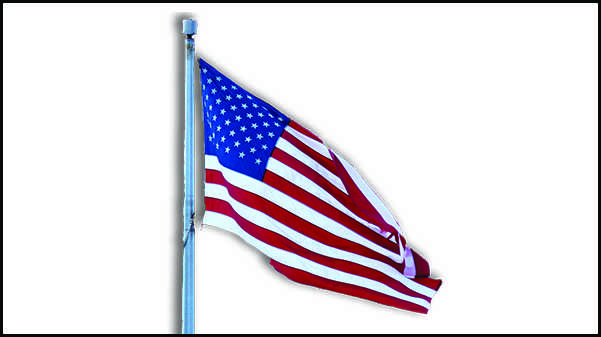 [ezcol_1half]
The U.S. is great, but not the greatest country
Kearstin Cantrell | Sports Editor

As Americans, we hear almost daily about how great this country we live in is. Yes, it is a great country. Yes, we are very privileged to get to live in a country where we have the freedoms that we do.
However, that does not make America the greatest country in the world. In terms of education, violence and social responsibility, the United States is not the best worldwide.

Educationally, the United States actually falls below the average line in most subjects when compared to the rest of the world.

According to National Public Radio, in the 2016 Program for International Assessment of Adult Competencies study, high school graduates in the United States have the same mathematical skills of high school dropouts in other countries. To make matters worse, the same study reported that the United States came in last, right behind Poland, in terms of technology skills.

According to CBS, a study performed by the American Journal of Medicine reported that when compared to 22 other high-income countries, “Americans are seven times more likely to die from violence.” The same study also reported that murder is the second leading cause of death for Americans 15 to 24.

That level of violence is not something that, as an American, I’m proud to say is in effect in my country. It’s not something that I’m willing to let slide for the sake of believing that the United States is the greatest country in the world.

I’m also not willing to ignore the lack of social responsibility we have here in the United States.

In my experience, Americans are extremely introspective in the fact that we tend not to pay much attention to what is going on in the world outside of the United States.

World Bank Development Indicators also says that on average, Americans consume 159 gallons of water a day, while more than half of the world’s population lives on 25 gallons.
The issue with our overuse of resources isn’t the mere fact that we overuse resources. The problem is that it is reflective of our values as a people. We value our own comfort, success and livelihood, even if that means ignoring the greater issues plaguing the world around us.

That is something that “the greatest country in the world” would not let happen.

Too many Americans now hold the attitude of “I don’t like America. Obviously America isn’t the best country in the world.”

Why? I think Americans should believe their country is the best, not out of the belligerent nationalism pushed by many right-wingers (including the president), but because of the exceptional freedom and opportunity America maintains.

Now, this is not to say that we’re perfect, or that we have never done anything wrong. Every country has flaws, and the U.S. has done terrible things in the past. However, it is our American values that allowed us to become a land of freedom, prosperity and greatness.

Certain people view the Constitution as an antiquated nuisance, but what makes America great are the constitutional institutions and principles guarding rule of law and limited government.
Now some may claim that surely the U.S. is no freer than any other democracy, but the truth is, the other Western societies some would like America to imitate are not as free as they seem.

Civilian firearm ownership is heavily restricted in Japan, Australia and Britain. Germany, the Netherlands, Canada and other countries impose overbroad restrictions on free speech.
Countries such as Sweden and France have high taxes and harsh business regulations. Others, such as France, have also banned wearing religious apparel in public schools.

No other nation upholds the liberty of its people as strongly as the U.S. Though Europeans may be more tolerant than Americans, their laws don’t guarantee their citizens’ inalienable rights, and their cultures are more collectivist and less individualist.

Not only have we stood out as the original example of freedom and prosperity to the world, but we’re also a global leader in cultural, technological and commercial innovation.
America is the land of new money, where individuals can start a business and create new wealth and jobs.

This is why six of the 10 richest billionaires are American self-made entrepreneurs, according to Forbes, and why America has the world’s strongest economy, with an average income higher than most European countries.

The promise of personal liberty and economic opportunity is why tremendous people from all over the world come to live here, and our ability to integrate their diverse cultures into the American tradition has brought us great benefit.

Though American economic freedom and mobility have recently suffered, and despite our weak health care and education systems and large national debt and incarceration rate, America is still the best country in the world.

This is because America is more than just a set of people, but a set of values, values which have made us a global cultural, military, political and economic leader and the freest place on Earth.