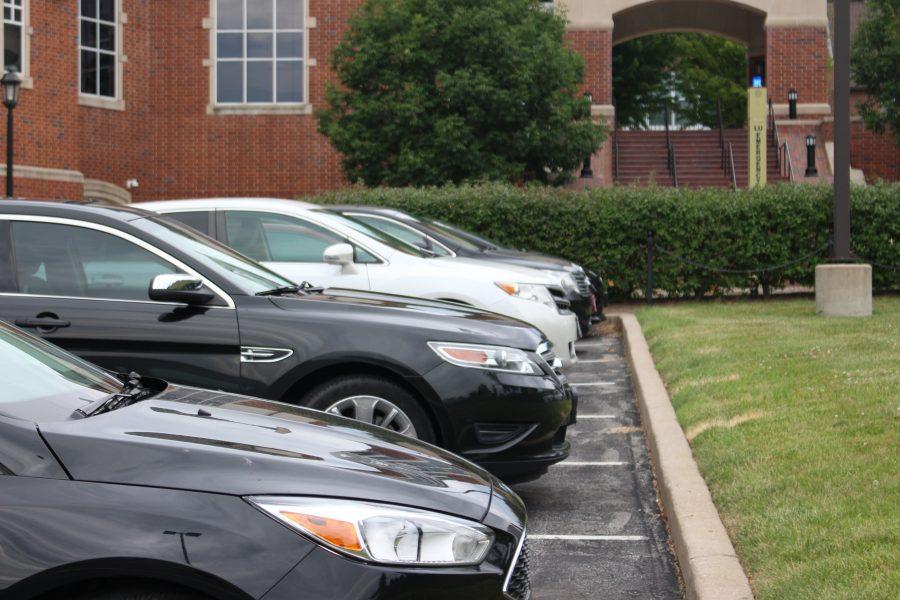 Students, faculty and staff won't have to pay to park on campus this academic year. Photo by Kyle Rainey.

Director of Public Safety and Security John Bowman said students, faculty and staff will no longer have to pay the $2 parking fee that has been required in the recent past. However, they still will need to obtain parking passes.

The arrival of new passes was announced on July 25 in a university email sent to faculty, staff and students. Bowman said students need to print a registration receipt and present it to security office staff to get their passes. 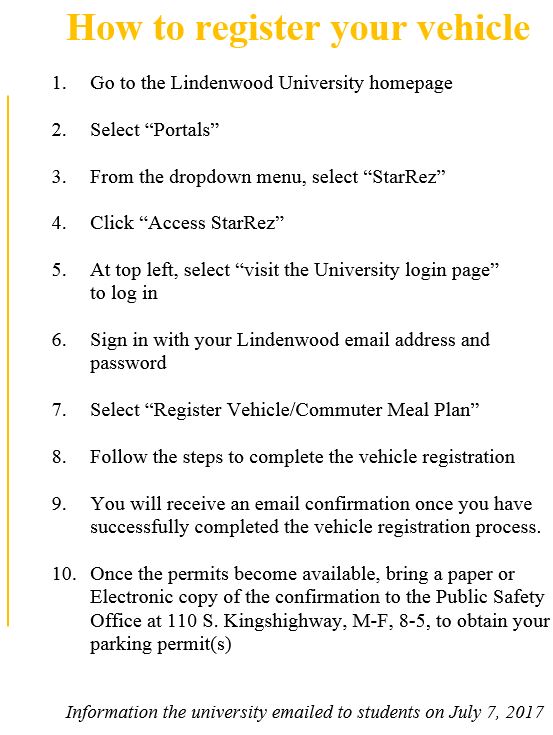 “We don’t usually start writing tickets until the second week of school,” Bowman said. “We give them plenty of time to come by here [the security office] and get a permit.”

Parking passes will remain virtually the same and will still specify whether a vehicle belongs to a commuter, resident or faculty member.

The $2 annual parking fee that Lindenwood has charged in the recent past was much lower than the fees charged by many universities. For example, annual parking fees at nearby Webster University can cost more than $100 for students and as much as $475 for some administrators.

President Michael Shonrock is using the President’s Fund to pay for the new passes, according to the Office of Public Safety and Security.

The university announced the change on Twitter on June 27.