Solo travel is good for the soul 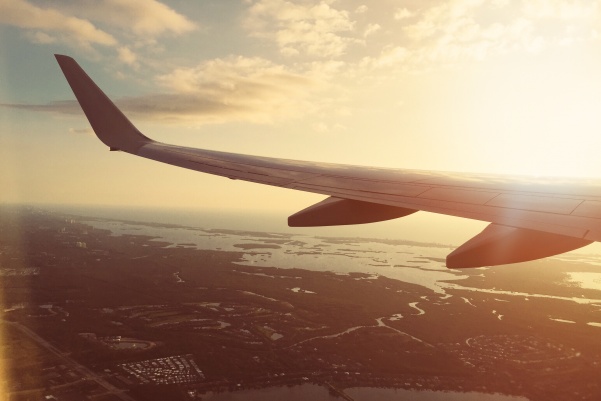 Traveling alone is beneficial for many reasons. But they all start with a flight.
Photo from pexels.com

Now that summer break is over and family vacations have come to a close, it’s time to start planning next summer’s adventures. There’s just one thing: Leave the family at home this time.

Traveling with others is fun, but not nearly as beneficial as traveling alone. By traveling alone, you can learn an immeasurable amount about the world, yourself and others.

Americans tend to have negative opinions about other countries, although some are held in higher regard than others.

According to The Council on Foreign Relation, most Americans have a more favorable view of English-speaking and European countries. Simultaneously, a variety of Americans find many Middle-Eastern and African countries unfavorable.

A more in-depth study done by Gallup shows that specifically, Americans rank Canada, the United Kingdom and Germany as their favorite countries while Iran, North Korea and Afghanistan are the least favorable.

Traveling alone, specifically abroad, allows you to leave the opinions of others behind and experience a country for exactly what it is.

I recently spent a month in Uganda. Before I left, it was apparent that my friends and family were undeniably concerned about my safety. I was given pepper spray and a whistle and was told over and over to watch my back during my time in Africa.

[perfectpullquote align=”right” cite=”” link=”” color=”#f8de91″ class=”” size=”22″]“After you travel around the globe by yourself for the first time, you’ll realize that you’re invincible.”[/perfectpullquote]

To be honest with you, I’ve felt more threatened in St. Charles and St. Louis than I ever did over the course of my month in Uganda. Traveling alone allowed me to put aside everyone else’s fear of the country and experience it myself. It allowed me to rely on myself for my opinions.

Having no one but myself to rely on during my trip also helped me see that I am capable of much more than I ever thought.

During one of my flights, I was seated next to a young woman from the state of Georgia who frequently travels alone to Africa and South America for work. After hearing that this was my first time traveling abroad, she gave me a tidbit of wisdom.

“After you travel around the globe by yourself for the first time, you’ll realize that you’re invincible,” she said.

I wish I could go back and tell her that she was more than right.

Traveling alone will allow you to see courage in yourself that has always been there but you’ve never been able to see.

For me, traveling alone gave me more faith in myself. I have much less fear about graduation and full-on adulthood since I returned to the states. If I can handle myself alone overseas for a month, I can handle a “big-kid job” and a mortgage.

Believe it or not, you can too. All you need to do is pack a bag, buy a ticket and catch a ride to the airport.