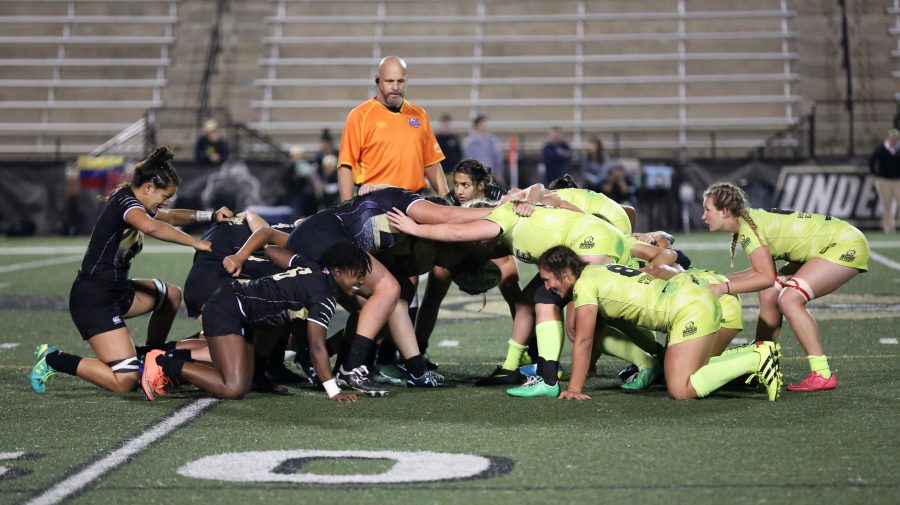 Lindenwood faces off against Life University on Oct. 22 2016.
Photo by Carly Fristoe

The women’s rugby team will start the season with an intersquad game on Friday, which will “give student athletes and returning students a chance to see where they are at going into the season,” said head coach Billy Nicholas.

An intersquad game is composed of four quarters with each quarter having a new set of 15 vs. 15.

“This gives up an opportunity to try people out in different positions and see how people work with each other,” Nicholas said. “It will be very different from a regular game and will give us a chance to evaluate each player.”

The intersquad game will start at 7 p.m. in Hunter Stadium. Its next home game will be Oct. 14 against Tulane University.