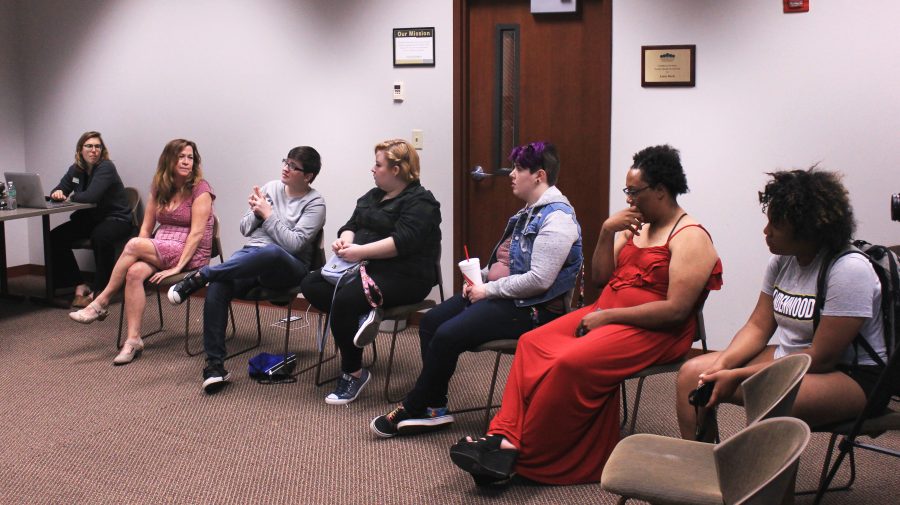 Members of Gender/Sexuality Alliance chat during their first meeting.
Photo by Lindsey Fiala

The acronym GSA took on a new meaning for the Lindenwood University organization.

During its first meeting of the year on Sept. 6, the GSA board announced that the group will no longer be called the Gay/Straight Alliance and will now go by the Genders/Sexualities Alliance.

President of the organization Brooke Parker said that the name change promotes inclusion.

“Anything goes in our club,” she said. “You can be whatever you want whenever you want. This is for everybody no matter what.”

The name is not the only thing changing in the organization. Parker mentioned that the GSA used to be an event-based club. However, she wants to change that this year to allow meetings to be open for conversation and to promote the organization’s existence on campus.

“We are still going to have a drag show,” she said. “But besides that we are going to keep it pretty community-based.”