Women’s golf team scores on and off the course 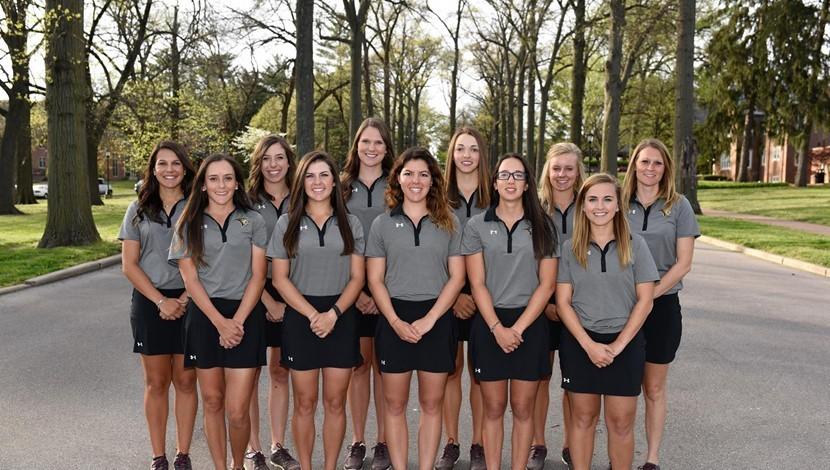 A team picture of the 2017 Lindenwood women's golf team.
Photo by Lindenwood Athletics

Members of Lindenwood’s women’s golf team have to think about more than the numbers they put up on the course.

A little a year ago, the NCAA released the list of teams with the top 25 GPAs, and Lindenwood sat atop with a 3.901 GPA.

“I knew about it [the No. 1 ranking] when I arrived,” said sophomore Josefina Haupt. “I was scared to mess up the GPA on the team, so I just had to really study and do my best on it.”

Haynes said she now does her best to instill the same expectations in the new players. Thus far, it hasn’t taken any extra supervision, she said.

“We don’t really check in much,” Haynes said. “We just kind of trust them.”

Despite the hands-off approach, players face repercussions for not keeping up in the classroom.

“After one semester below the minimum, the girls are put on team probation, and you only have one semester to bring your GPA up,” Haynes said.

No player has ever violated the GPA rule. The team keeps a strong support system to avoid that problem from the first day the freshmen walk in.

“We’re definitely supportive,” senior Maggie Bryant said. “We reach out to the freshmen and things like that. We want everybody to have a high GPA before anything else.”

For four years now Bryant has smiled at the challenging schedule both on and off the course, and has conceded much more free time than most college students wish to.

“It’s just hard to do it all,” Bryant said. “I give up more social life than anything else. There’s not as much of a balance like you’d like, but you know that coming into being a student athlete.”

Whether it’s the high standards in the classroom or on the course, the women’s golf coaches said they have full confidence in the Lions to do great things this season.