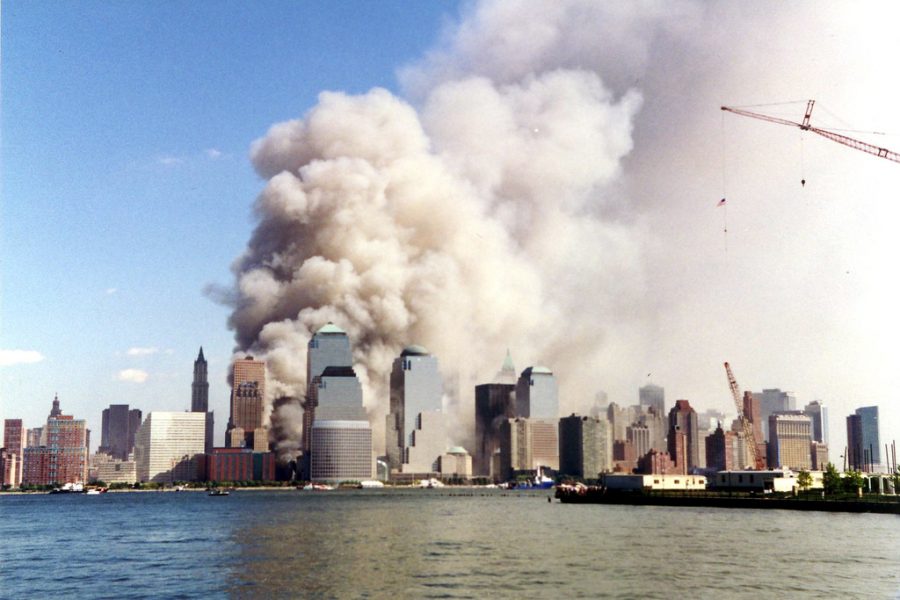 The view on September 11, 2001 from Jersey City Photo by Wally Gobetz from Flickr.com

Today’s 16th anniversary of the attacks was President Donald Trump’s first time commemorating the tragedy of his hometown as the president of the country.

“For the families with us on this anniversary, we know that not a single day goes by when you don’t think about the loved one stolen from your life. Today, our entire nation grieves with you,” Trump said at the Pentagon this morning where he gave remarks about the attacks.

According to the Washington Post, President Trump also said terrorists have “nowhere to hide” and “America cannot be intimidated.”

According to the Chicago Tribune, almost 3,000 people died when al-Qaida hijackers flew commercial airplanes into New York’s World Trade Center, the Pentagon and a field near Shanksville, Pennsylvania.

“On that day, not only did the world change, but we all changed,” Trump said. “Our eyes were opened to the depths of the evil we face. But in that hour of darkness, we also came together with renewed purpose. Our differences never looked so small, our common bonds never felt so strong.”