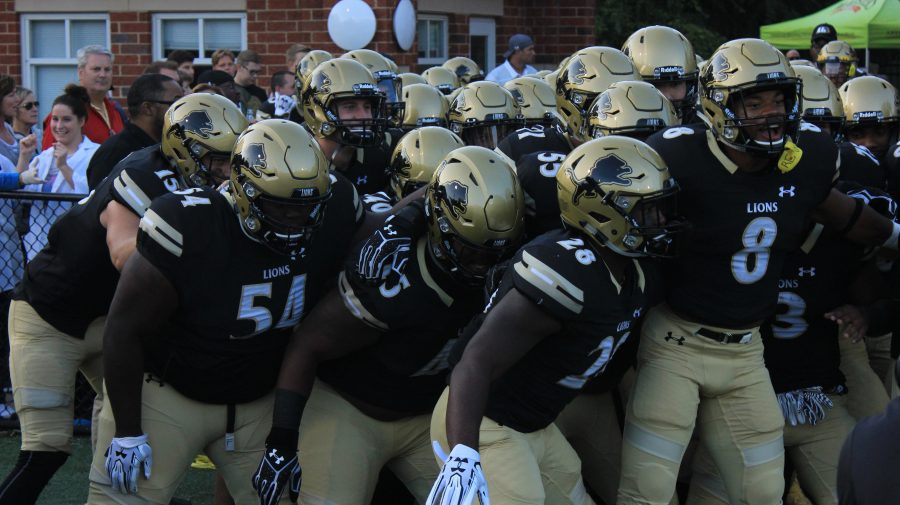 Here are the Lindenwood sports events on campus this week from Sept. 12 – 17. Students can earn points by checking into events on the Lindenwood Lion Pride app. Points can then be redeemed for prizes, including free Under Armour shoes and Papa John’s pizza. The app is available for free download on Apple’s App Store and the Google Play store.

It’s Family Day weekend and Lindenwood is coming off of a 49-10 win over Northeastern State University. The Lions will be looking to win their second game of the season when they face Washburn University (1-1) at 6 p.m. this Saturday.

The Lions rushed for a school-record 417 yards on an average of 8.5 yards per carry. The Lions were paced by running back duo Shakeem Wharton and Calen Campbell. Wharton rushed for 103 yards on 10 attempts and one touchdown while Campbell rushed for 89 yards on eight carries and two touchdowns.

The Lions were also effective through the air with quarterbacks Najee Jackson and Max Meylor going a combined 14/19 for 269 yards, four touchdowns and zero interceptions. Meylor is a dual-sport redshirt quarterback who played for the Lindenwood basketball team last year.

Women’s soccer will be looking to bounce back from a 1-0 loss to the University of Illinois Springfield. The Lions started the season with consecutive victories over the University of Minnesota Crookston and Concordia University before losing their first game last Tuesday.

The Lions have been led on the field by senior captain Becky Roberts, who has tallied two goals and four assists on the season.