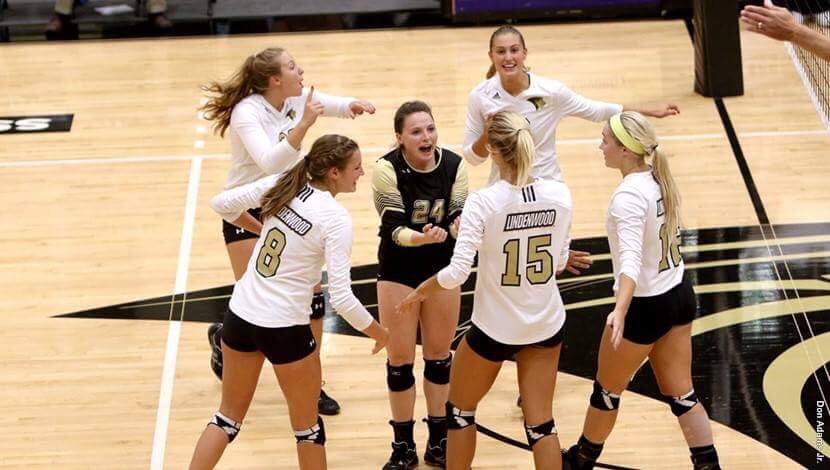 The Lindenwood Lady Lions volleyball team will take on California University of Pennsylvania, Roberts Wesleyan College, Gannon University and Urbana University at the Urbana Fall Invitational, which is held in Urbana, Ohio.

The Lions have started their first season under new head coach Will Condon successfully, compiling a 6-2 record thus far. Condon coached Armstrong University from 2008-2016 where he led the Pirates to nine consecutive NCAA tournament berths.

Offense has been a strong suit for the Lions this season with the team hitting a combined .245.

Emily Wylie, Alex Bogusz and Alex Dahlstrom have led the Lions in attack.

6-foot-4 right side Wylie transferred from Armstrong University for her senior year and has compiled 71 kills while hitting .285 through the start of the season.

Bogusz and Dahlstrom have been equally impressive, hitting .294 and .249 respectively. The hard-hitting duo has also combined for 137 kills.

On the other side of the ball, Megan Hellwege has been a stalwart on defense, averaging 6.07 digs a set. Hellwege has also been racking up the awards early in the season, winning the D2 Volleyball Hero of the Week and the MIAA Specialist of the Week.

Bogusz credited Condon and the team’s new practice emphasis for the Lions start to the season.

“One major thing we are doing differently from last year is that we scrimmage constantly,” Bogusz said. “We are always trying to focus on game situations rather than just skill. Because volleyball is a sport where it’s not always perfect, so it is all about learning your teammates’ high and low points and finding ways to mesh with them on and off the court.”