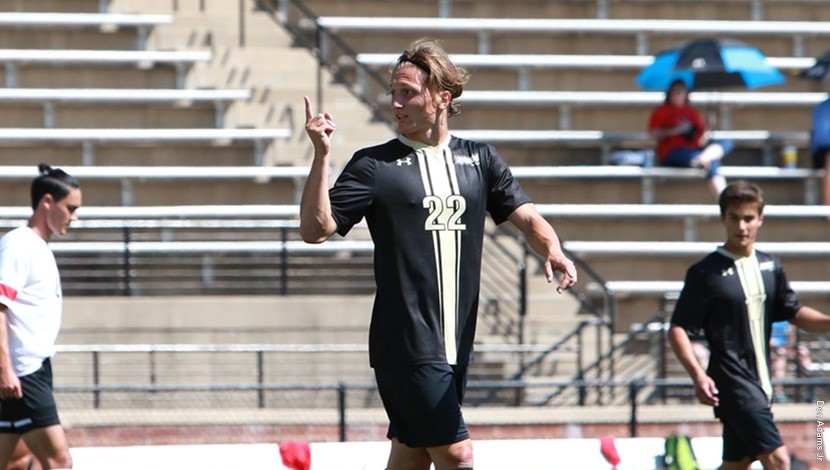 Freshman Michele Ganz has made his presence known on the Lindenwood men’s soccer team.

Ganz, from Agordo, Italy, has scored three goals and gotten one assist in four games, according to Lindenwood Athletics.

“I am excited for this new experience because in Italy you cannot study and play soccer as well, so now I am here and can do both,” Ganz said. “I was really excited to see how the American system can make it work.”

Ganz has been playing soccer all his life; it’s the most popular sport in Italy.

For the second consecutive week, Ganz was named MIAA Athlete of the Week, according to Lindenwood’s website.

“I am really happy about the awards, but I know I can do better and expect to grow every time,” he said.

“I really want to improve on that,” Ganz said. “The team can help me out, and I can help the team by scoring more.”

He scored the team’s lone goal in the 2-1 loss against Christian Brothers University Sunday when he converted the penalty shot in the 18th minute.

“We hope he keeps playing well because he is playing pretty good, but we need everybody to play consistently,” Hutter said.

The Lions and Ganz will be back on the pitch Friday as they face Ouachita Baptist University at 1 p.m. in Arkadelphia, Arkansas.