It’s time to care about what you wear 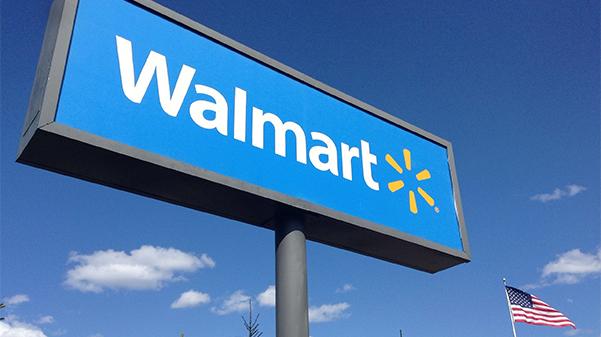 Wal-Mart is among many brands in the United States that have been accused of fast fashion.
Photo from Wikimedia Commons

Doorbuster deals, budget clothing and relentless fresh styles are easy to find and easy on our wallets, but its true cost isn’t written on the tag.

In the last 15 years, 250,000 cotton farmers in India have taken their lives after being bankrupted by the American GMO company Monsanto. Now those farms are inadvertently poisoning entire communities.

According to the 2015 fast fashion Documentary “The True Cost,” runoff from the large amount of insecticide required to treat cotton is feeding into local village water supplies. With no alternative to the polluted water, many rural Indians have no choice but to chance cancer and birth defects drinking it.

But what is fast fashion?

52 fashion seasons a year.
$1-$3  a day for workers in countries like Bangladesh, India and Cambodia.
Decrepit factories often with little to no safety inspections.
Pollution and poorly constructed clothing.
Fast fashion is in need of change.

The fashion industry is the second largest in the world with an estimated worth of $1.5 to 3 trillion a year, according to “The True Cost.”

Americans throw out twice as much clothing now as they did 20 years ago, according to 2016 Newsweek article. On average, people in the states throw out an average of 80 pounds of clothes per person each year, totaling 14 million tons of clothing.

And just donating clothes doesn’t seem to be an easy answer. According to a 2012 Huffington Post article, many developing countries in Africa are actually banning donated textile imports because free clothing destroys local industry.

Countries like Bangladesh, where regulation is loose, have become hotspots for the fast fashion industry.

One of many recent garment factories to bring fast fashion to the international media’s attention was the 2013 collapse of the Rana Plaza in Bangladesh.

Over 1,100 people died and another 2,500 garment workers were injured when the eight-story building collapsed, according to a 2013 BBC article.

JCPenney, Wal-Mart and Children’s Place were among the brands being produced in the building at the time.

Inspections the day before deemed the building unsafe, partly because of illegally constructed floors. According to the New York Times’ coverage of the event, factory owners had urged employees to return to work despite warnings of cracks in the building and shaking walls.

The collapse brought safety reform to some factories across Southeast Asia, but many still aren’t safe.

Looking into Bangladesh
In December 2015, the New York University Stern Center for Business and Human Rights released a report about working conditions in the garment industry in Bangladesh.

They found that there are over 7,000 garment factories in Bangladesh. Just under 2,000 of those followed international safety programs and over 5,000 factories, including 3 million workers, aren’t covered by the programs.

In one city, surveys found 32 percent of its 479 factories weren’t registered with the government and often lacked basic safety equipment and ignored minimum wage laws.

Choosing what we buy and where we buy it is integral to reshaping the industry.

Finding clothing that uses organic natural fibers, such as linen, wool, hemp and silk can help reduce our fashion footprint. Unlike nylon, polyester and latex, these fabrics undergo less processing and will decompose much faster.

Lists of ethical fashion companies are easy to find online at websites like The Good Trade, which includes some large companies like Patagonia. Buying clothes from thrift stores will also help reduce our impact.

While giants of the fast fashion world are quietly exploiting environments, people and places, we have a responsibility to stand up for the workers whose hands shaped the fabric the wear.