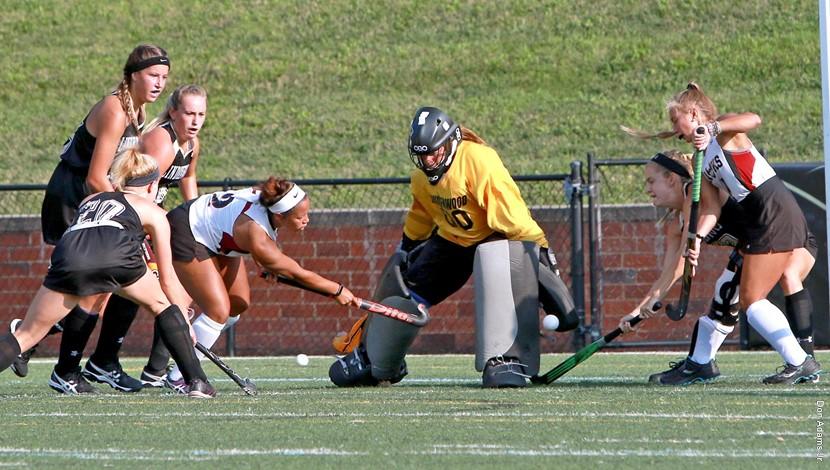 The Lindenwood Lions field hockey team overcame the Bellarmine University Knights with a 3-2 win on Sept. 16.

The game was played at Bellarmine University in Louisville, Kentucky, at 11 p.m. This win extends the Lions’ two-game winning streak after their game against Limestone College last weekend was canceled because of weather concerns involving Hurricane Irma.

According to Bellarmine’s page on Sidearm stats,  the first goal of the game was scored by Shelby Pierson and assisted by Maroussia Buysschaert of the Lindenwood Lions. It was Pierson’s first goal of the season.

Bellarmine also scored in the first half, making it an even 1-1 going into the second half.

At 36:29 in the second half, Lindenwood’s Bridget Hoogendijk scored the second goal, bringing the Lions into the lead.

Less than two minutes later, Hoogendijk scored the third and final goal of the game for Lindenwood, assisted by Graycen Dave, making for Hoogendijk’s fourth goal of the season.

Bellarmine answered quickly with the last goal of the game, which ultimately resulted in Lindenwood’s 3-2 win.

The Lions will face off again next weekend against two separate teams. They will play Mercy College at Harlen C. Hunter Stadium at 5 p.m. on Sept. 22 and Queens University at noon on Sept. 23 at home.

Lindenwood is currently tied for first place in the Eastern College Athletic Conference behind Belmont Abbey and Limestone, but the team has been projected to finish in first place in its conference.