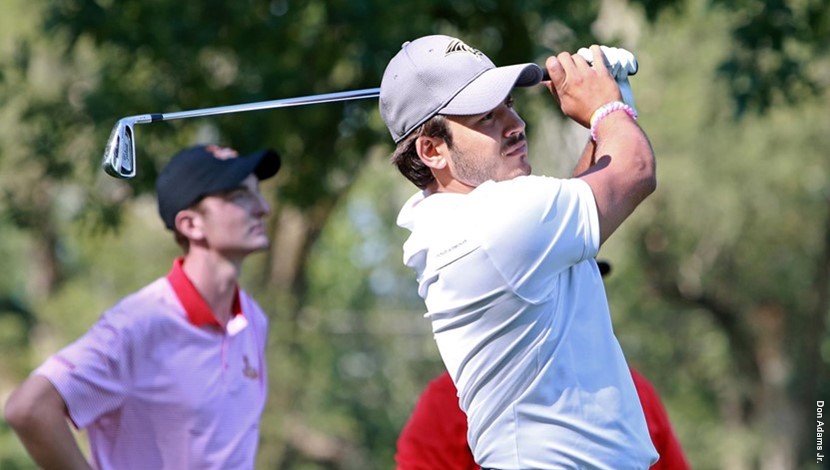 Senior Golfer, Alejandro Canazares following through on his shot at the Central Missouri invitational
Photo by Don Adams Jr

According to the MIAA website, Lindenwood is in 6th place in its conference while Northeastern State is in 9th place. Along with being 6th in the conference, Van Doren is in the top 10 of all players.

“I am going to have a very tough time picking the top five players to play,” head coach Derek Schaub said.

Schaub said one person he is certain will be playing is Van Doren. He also said he is very pleased with everyone on the team and that they are showing very good promise.

Even though this tournament is not an MIAA tournament, Northeastern State is still in Lindenwood’s conference, so it will show how Lindenwood stacks up against another team in its conference.  This tournament is out of state, but if anyone who wants to keep track of it can check the standings and check how the players are doing can go to golfstat.com.