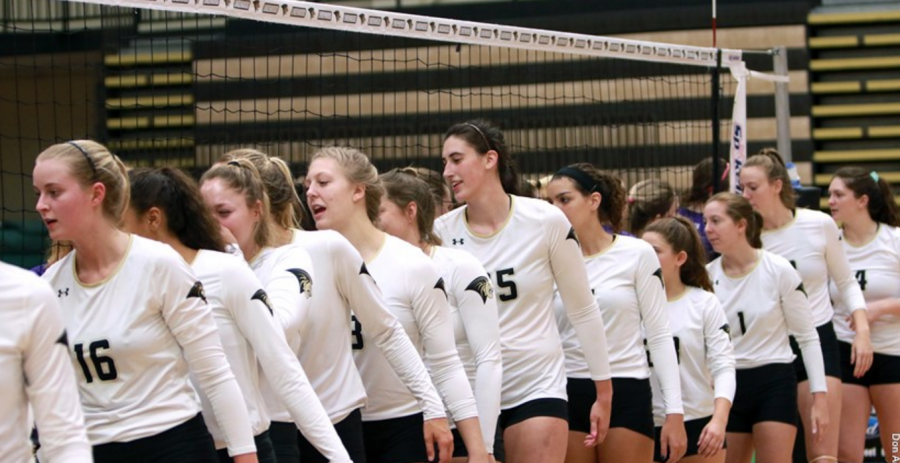 The Lindenwood women’s volleyball team went 2-2 this weekend at an invitational tournament in Urbana, Ohio.

Junior Bailey Dvorak led the Lions in kills and hitting percentage in their Friday match-up with the Vulcans. The Louisburg, Kansas, native had 17 kills and hit .212. Senior Emily Wylie was second in kills with 13.

The Lions as a team struggled with their hitting. They hit .148, down from their season percentage of .234.

The Lions’ second game on Friday was much more straightforward as they took down Roberts Wesleyan in three sets. A balanced attack saw the Lions dominate on offense as they hit .369 collectively. Wylie and Dvorak again paced the attack with seven kills each.

Wylie and Dvorak again were the Lions’ most effective hitters in their loss to Gannon University on Saturday. They tallied 12 and 8 kills respectively. However, Gannon were more efficient on the offensive side, only committing 6 errors in comparison to Lindenwood’s 14.

Sophomore duo Makenna Schmitt and Haley Sigel and junior Alex Bogusz combined for 32 of the Lions’ 56 kills. Bogusz was the Lions’ most productive hitters as she hit .417 on the game.

“It was an up-and-down weekend overall.” Dvorak said. “There are a still a lot of things we need to work on, but there were some positives that came out. Serve receive is still a strong focus for us right now, but our serving has improved quite a bit. If we serve aggressively, we will see a better outcome as a whole.”

Despite the two losses on Saturday, the Lions find themselves in a promising position after acquiring an 8-4 record through 12 games. The Lions were 5-7 through their first 12 games in 2016.

The Lions will look to get back onto the winner’s sheet on Sept. 19 when they head to Kansas City, Missouri, to take on No. 25 Rockhurst University.