Opinion: Film studios are killing their own industry 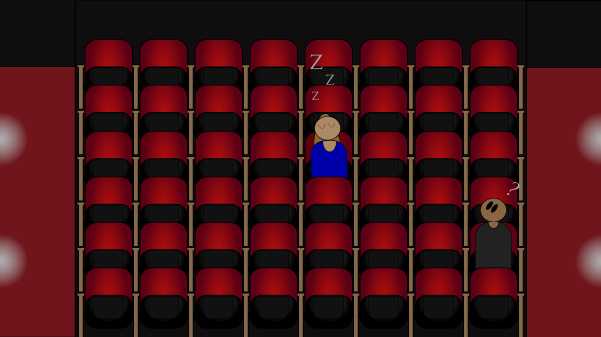 People no longer go to movie theaters for a few reasons. One major reason being price.
Illustration by Jack Lohkamp

Millennials are too busy killing other industries to waste their time at the movie theater.

Completely kidding, but still, people don’t want to go to the movies anymore. The classic date night to see a late-night flick has faded away, and Netflix-and-chilling has filled its place.

Millennials aren’t the reason for movie theater attendance decreasing; it’s the fault of the film industry itself.

Here are four reasons this generation no longer feels the need to attend movies in the theater.
1. Money doesn’t grow on trees.
Over the past 21 years, the price of a movie ticket has gone up approximately 25 cents per year, according to the National Association of Theatre Owners. The highest jump was between 2009 and 2010 when the price of a single adult movie ticket rose 39 cents.

In 2016, the average price of a movie ticket was $8.65. If someone were to go alone to a movie once a month, they would be paying $103.80 a year. This overall fee does not include concessions, which can range from $5 to $20-plus. According to the AMC Theatres website, a large popcorn and a large drink will total $14.79, nearly twice as much as the ticket cost.
2. We’re tired of hearing the same story over and over again.
Hollywood banks on sequels and remakes. Thirty-eight remakes and sequels were released in 2016, according to the Movie Insider website.

This year, 30 remakes and sequels have already been released, and 11 will premiere through the rest of 2017.

It doesn’t make sense to fork over money for movies we have already seen.
3. Sitting at home in my sweatpants outweighs dressing up to sit in a theater.
With streaming services such as Hulu, Netflix and Amazon Prime Video, there’s not much of a motive to pay extra to see a film in the movie theater. While there is a certain ambiance of the surround sound and big screen that I can appreciate at theaters, it just doesn’t beat lounging around in sweatpants with a bowl of popcorn that didn’t cost an arm and a leg.
4. Pirating has become too easy. (Not advocating for this, just stating a fact.)
Muso, a company that analyzes the digital piracy market, reported that streaming websites make up 73.7 percent of access to pirated film and TV in 2016.

In 2014, users on Reddit created a thread called, “Why do you torrent/pirate music/movies/software?”

Many of the responses said that convenience was the main reason they illegally downloaded music, movies and games.