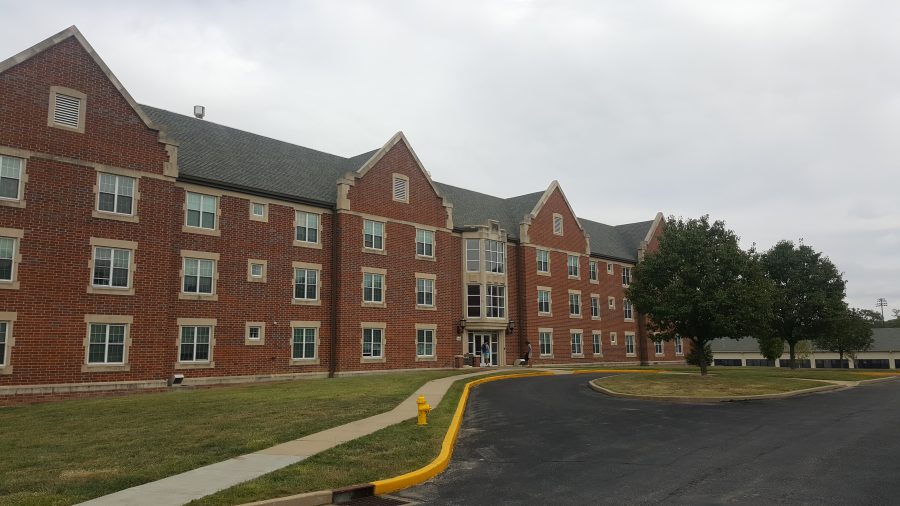 Sexual assault was reported in Guffey Hall on the night of Sept. 12-13, but the exact timing of the incident has not been confirmed.
Photo by Essi Auguste Virtanen

The St. Charles Police is now investigating the alleged sexual assault reported in Guffey Hall a week ago.
Lt. Chad Fisk, St. Charles City Police Department public information officer, confirmed the victim is a female, and he said she reported the attack to the police Tuesday afternoon.
A “timely alert” email sent on Sept. 14 stated that the incident happened on the night of Sept. 12-13 in the all-male dormitory. An exact time has not been confirmed.

The perpetrator was described as a 19-22-year-old white male who is known to the victim.

Last week, Director of Public Safety & Security John Bowman confirmed that the victim of the assault is a Lindenwood student.  He could not be reached for comment on Wednesday.

According to the Lindenwood Sexual Misconduct Policy’s response protocol:
“The reporting party will be given the option to file a criminal report with the St. Charles Police Department or other appropriate jurisdiction. A reporting party’s decision not to notify the police at the time of the initial report does not preclude the reporting party from filing a criminal report at a later date, provided the conduct is within Missouri’s applicable statute of limitations.”
Fisk said it is entirely up to the victim whether to report it to local police.
Delete Image
Align Left
Align Center
Align Right
Align Left
Align Center
Delete Heading