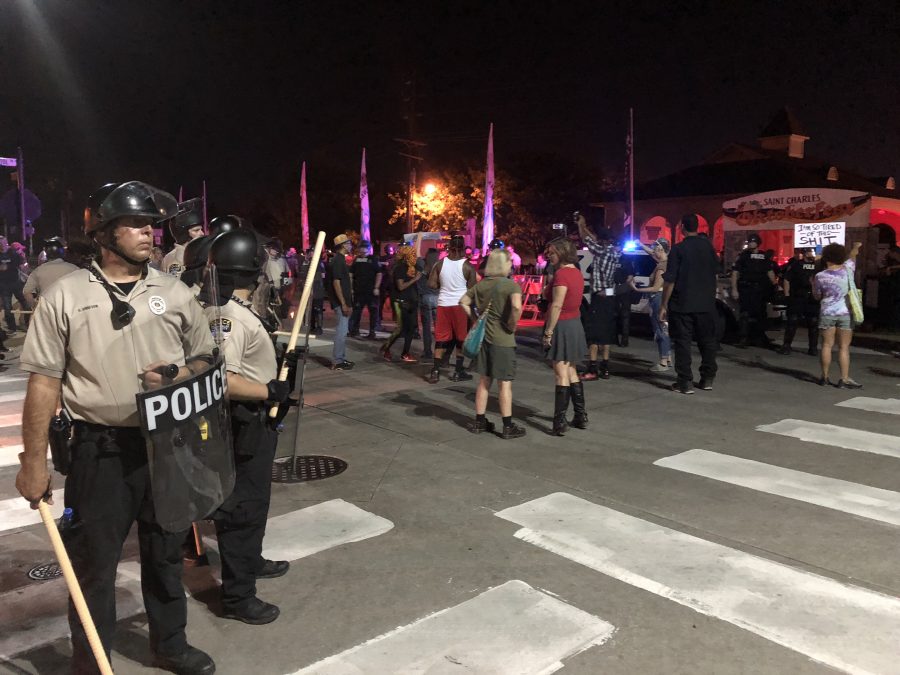 Protesters walk down the St. Charles Riverfront the night of Sept. 22.
Photo by Madeline Raineri

The group originally gathered outside of the St. Louis Outlet Mall in Hazelwood. However, the mall closed early because of planned protests, prompting the crowd to regroup on Main Street.

Demonstrators arrived on Main Street around 7:30 p.m. according to the St. Charles City Police Department, and stayed until around midnight.

The St. Louis Post Dispatch reports that the crowd walked down Main Street and the Riverfront chanting, “Hey, hey, ho, ho, these killer cops have got to go” after initially gathering in front of Trailhead Brewing Co.

According to the St. Charles City Police Department, around 10 arrests were made over the course of the night.