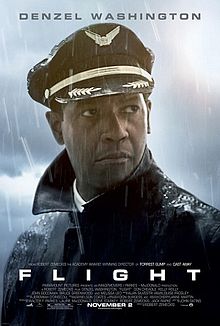 In this action-packed mystery thriller, Academy-Award winner Denzel Washington stars as Whip Whitaker, a seasoned airline pilot, who miraculously crashlands his plane after a midair catastrophe, saving nearly every soul on board. After the crash, Whip is hailed as a hero, but as more is learned, more questions than answers arise as to who or what was really at fault and what really happened on that plane?

Hey Students!
Academy Award-winning actor Denzel Washington and Academy Award-winning director Robert Zemeckis team up in the upcoming movie, “Flight,” one of the most anticipated films this fall. In this action-packed mystery thriller, Denzel Washington stars as Whip Whitaker, a seasoned airline pilot, who miraculously crash lands his plane after a mid-air catastrophe. Send us some of your best travel tips for a chance to win a promotional prize package from the movie! The film comes out in theaters Nov. 2nd!