Opinion: New visitation policy is step in the right direction 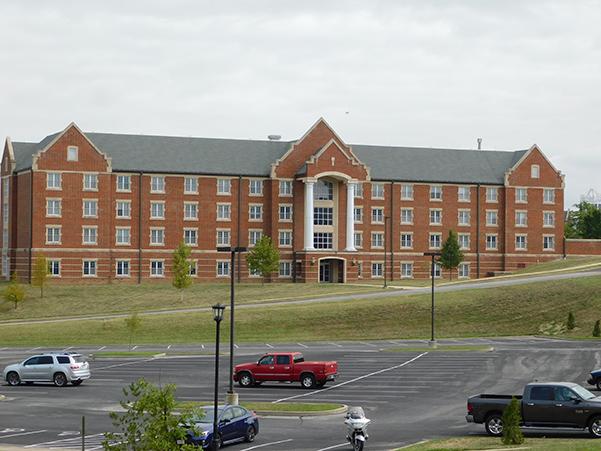 Rauch is the second co-ed dorm on campus that could be getting a change to its visitation policy pending student feedback.
Photo by Kat Owens

For a long time, Lindenwood students have felt that the administration has denied them various adult privileges; one of the most obvious ones is open visitation.

Students weren’t allowed to have anyone of the opposite sex in their dorm after midnight until this semester. Now students can have visitors stay overnight Fridays and Saturdays, and that it is a step in the right direction.

This significant change in the rules shows that Lindenwood is starting to listen to its students.

I am 25 years old, and before the change in policy, I found it exceedingly annoying that I couldn’t stay the night at friend’s dorm or vice versa. My parents haven’t cared what I did in that respect since I was 18, so for me to come to Lindenwood at 22 and be told that I wasn’t allowed to do that felt like a bit of a smack in the face.

My parents trusted me to make the right decisions, so why didn’t my university? I understand the hesitation coming from the administration’s side of things. A menagerie of public-relations disasters could arise from an open-dorm policy like this. LU is taking a risk by giving us a chance to act like adults.

Now it’s up to us as students not to stumble and ruin it before we have even had a chance to fully enjoy our new freedom.

Who knows, if everything goes right, and this new policy isn’t taken advantage of, maybe this could be the first in a series of new policies meant to give students even more freedoms, instead of just hindering them.