Lions defeat No. 16 Upper Iowa University and get first MIAA win of the season 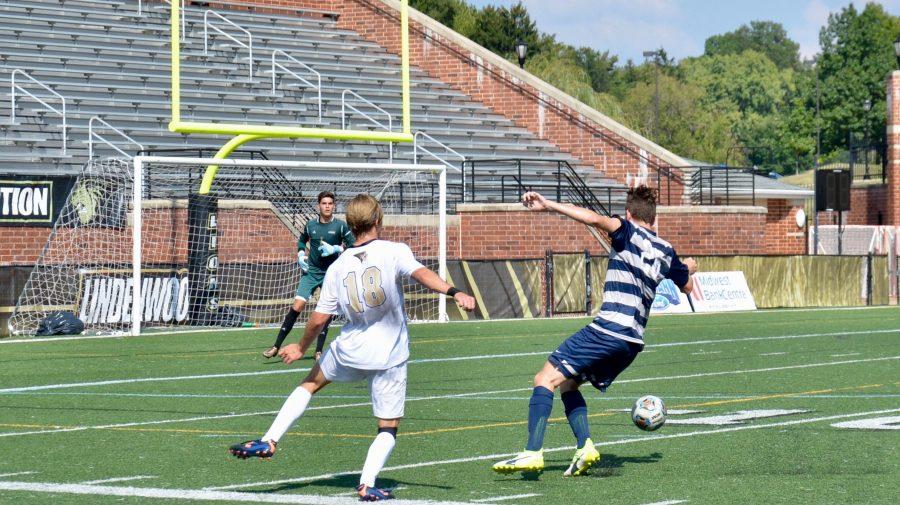 The Lions defeated Upper Iowa University 2-1 on Sunday in the team’s first MIAA game of the season.

Michele Ganz scored the opening goal for the Lions after he converted a penalty kick in the 57th minute. This is the fourth goal of the season for Ganz.

The Lions scored their second goal in the 67th minute by a strike from junior Steven Lilako. It was his first goal of the season and the first goal of his collegiate career. The assist come from senior Ryan Butchart.

Goalie Tim Licht held the Peacocks until rival player Italo Martins Soares scored from 25 yards out in the 89th minute, making his second goal of the season for Upper Iowa University. Licht had two saves for Lindenwood.

“We played very well today and created plenty of chances,” Midfielder Johannes Brendle said. “It was good teamwork, especially with the heat. The only thing we could have done better is scoring more goals.”

Lindenwood’s next game will be against Ouachita Baptist University on Sept. 27 at Harlen C. Hunter Stadium. These teams met on Sept. 15 and Lindenwood won by the score of 3-1.