Students set up fundraising efforts in wake of Mexico earthquakes 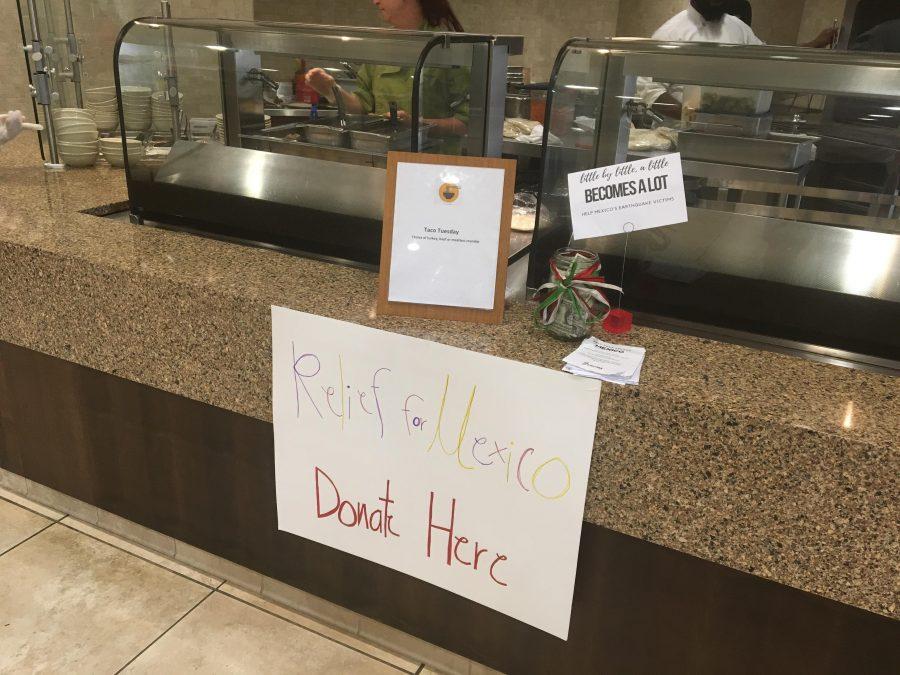 Donations were made at this taco stand in Evans cafeteria on Tuesday Sept. 26. Money raised will go towards Mexican disaster relief efforts in the wake of an earthquake on Sept. 19.
Photo by Nick Feakes

A taco stand in Evans Tuesday hoped to draw attention to the recent earthquakes in Mexico and raise funds for its victims, its organizers said.

Students Yamile Gonzalez and Jazmin Lopez spearheaded the fundraising effort. They also started a Facebook page to solicit donations. As of Tuesday afternoon, $193 had been raised.

The Sept. 19 earthquake has been called the deadliest, with at least 333 people killed and 11,000 homes damaged, according to. ABC News.

Gonzalez said eight Mexican students have a group on WhatsApp, and the idea for the fundraiser came out of a discussion there.

“I said that we should try and do something here at Lindenwood because back home everyone is volunteering and helping,” she said.

Students who want to donate to the disaster relief efforts can do so through the Facebook page. Money raised goes directly to UNICEF.