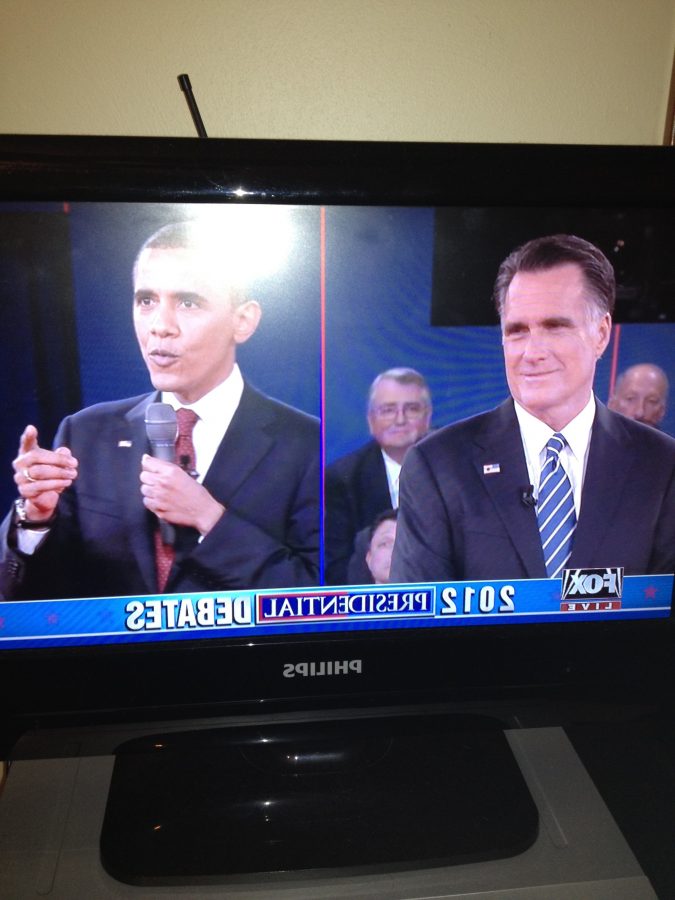 The 2nd debate on television

The following article does not necessarily represent the ideas and views of Lindenlink or Lindenwood University.

I found the debate was insufficient for undecided voters. This is the first election I am legally able to vote, which is why it’s so important that I am informed. I do not want to vote based off of my parents morals or their political positions, I want to form my own opinions. What I found during the debate is that Gov. Romney did not follow through on the issues he claimed to support. Unfortunately, this makes my decision fairly simple.

Throughout the debate, Romney failed to make a sound argument. He then closed by saying, “This nation is the hope of the earth.” I guess this statement irritates me because it contradicts what he says he believes. If he believes in God, then God is the hope of the Earth, not America. It seems to be about being on top for Romney. My problem is greed seems to be his driving force, not God.

I believe hope is a feeling, not a thing. You can be hopeful in China or Indonesia. You can even be hopeful in outer space. Hope can also be an expectation. I understand the mentality of: The world expects great things from America, so we must not fail them. However, I do not believe the precious earth is hanging in America’s hands.

Perhaps, Romney could have reworded that phrase for clarification. However, if he meant  it in this way, it comes across as arrogance. Truth is, life will go on if America ceases to exist.

I did not feel any compassion from Romney about problems going on right here at home. I just felt like he was trying to move up the political ladder. His approach seemed to be to tiptoe and flip-flop around issues. I do not think that’s what this country needs right now.

On the other hand, I felt a sense of compassion and warmth from President Obama. He seemed to be aware and concerned about the issues at hand. He does not seem perfect, but he seems like the better candidate. He mentioned Payton, the girl who lost her father in  9/11. To me, the fact that he remembered her name speaks volumes about his character. For these reasons, President Obama gets my vote.