New crosswalk goes up by LARC in response to safety concerns 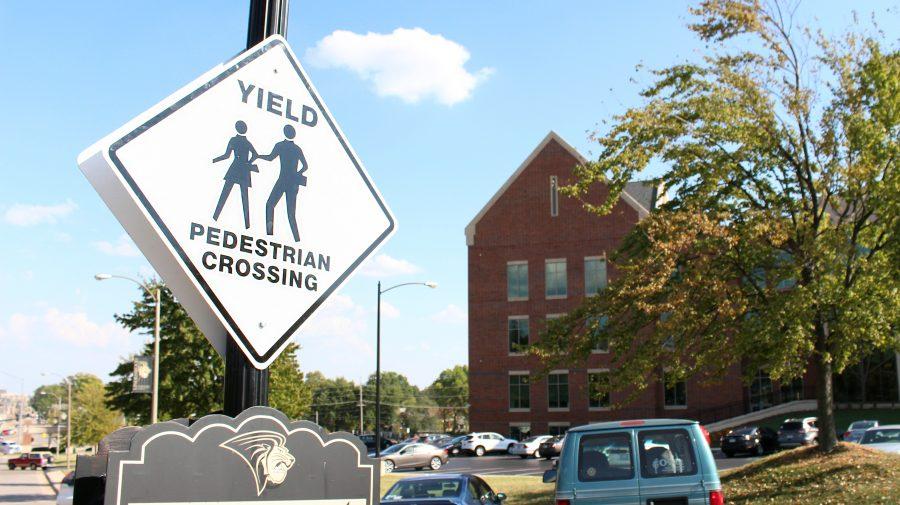 A new crosswalk was built in front of the Library and Academic Resource Center to help students cross a busy campus street.
Photo by Kyle Rainey

A new crosswalk went up by the Library and Academic Resource Center last Friday in response to safety concerns by students and staff about crossing a main road to get into the new building.

Lindenwood painted the new crosswalk because administrators said they were concerned about student safety.

President Michael Shonrock said he has also suggested adding a flashing light at the new crosswalk to increase safety.

“Our security staff has been monitoring the student ‘traffic’ since the LARC opened, and the new traffic patterns, both pedestrian and automobile,” he said.

Lindenwood student Karlee Bulla said she was excited about the new crosswalk, but wished it had gone up earlier.

“While they were building the library, I think they should have considered the safety of the students as well,” Bulla said.

Lindenwood student Katelyn Hanniford said she loves the new crosswalk, but students walking need to share the road with drivers as well.

“They have to let cars go as well so they aren’t sitting there for 10 minutes waiting on everyone to cross,” she said.