Football prepares for Hall-of-Fame game against No. 14 Fort Hays State 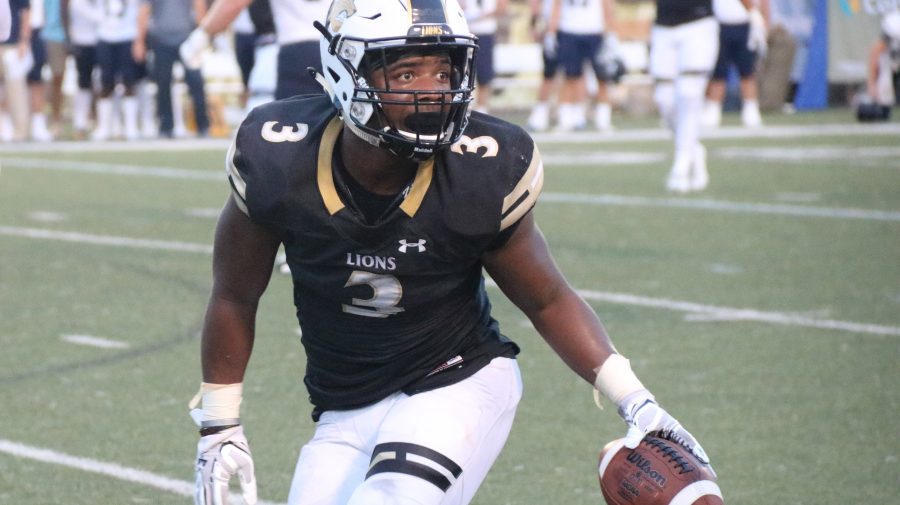 Wide-Receiver Kendell Sparks looking back to the sidelines in Lindenwoods game vs. Washburn on Sept. 16th
Photo by Maria Escalona

After a 45-11 win last week against Pittsburg State, Lindenwood football hopes to keep the momentum going into its Hall-of-Fame game on Saturday afternoon against No. 14-ranked Fort Hays State.

During halftime, the new class of five Lindenwood University Athletics Hall of Famers will be announced. This includes former linebacker Logen Wright.

Wright was a four-time captain, three-time first-team all-HAAC, and two-time All-American for the Lions, according to Lindenwood Athletics.

Last week the Lions put together an all-around strong performance in one of their biggest wins since joining the NCAA against the Gorillas.

The offense had 485 total yards, 254 of which came via the ground game. The defense also had a solid performance, forcing three turnovers against the 3rd best MIAA offense, Pittsburg State.

This week they are going up against the 14th best team in the country in DII. Fort Hays State is tied for first in the MIAA (4-0) with Northwest Missouri State (4-0). Lindenwood currently ranks 6th (2-2).

This game should be an interesting match-up between the Lions rushing offense and the Tigers defense.

Fort Hays State is ranked first in the conference in scoring, averaging 36 points a game going up against Lindenwood’s defense, which has only allowed 20 points a game. Most of the Tigers scoring is going to come from the air, as more than half their touchdowns this season have came from passing.

All-time, Fort Hays State leads the series with a record of 4-1. Lindenwood has only scored one touchdown per game in the last 3 games against the Tigers. Kick-off is at 1 p.m. on Saturday at Harlen C. Hunter Stadium.