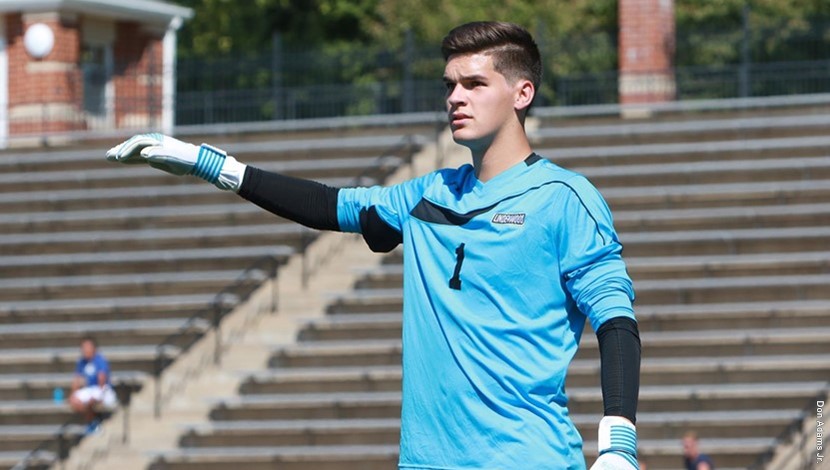 The Lindenwood men’s soccer team got its third straight victory Wednesday after it defeated Ouachita Baptist 2-0. The win takes the Lions to 4-3 on the season, and this is the second time Lindenwood has defeated the Tigers.

“We are very excited for our third victory in a row,” Stefen Andric said. “It was a hard game. We respect our opponents, but whenever we stick to our tactics we do not have much trouble.”

Andric assisted the goal in the 16th minute on a cross to freshman Michele Ganz for his fifth goal on the season.

“Today we won, and that is what counts the most, and I’m sure we will be ready for this intense weekend,” Ganz said.

The Lions would score their second goal in the 79th minute from freshman Lino Schneeberg on a corner kick. This is Schneeberg’s first goal on the season and of his collegiate career. The assist came from Adnan Mahmutovic his first of the season.

Lindenwood outshot Ouachita Baptist 15 to five including nine shots on target compared to the Tigers’ two. The Lions took seven corners as the Tigers only had four, according to Lindenwood Athletics.

Goalie Tim Licht recorded his first shutout on the season and recorded two saves in the 2-0 win. This is the team’s second shutout this season and the last one came in the team’s 3-0 win against Truman State back on Sept. 1.

Lindenwood’s next game will be at 7 p.m. on Friday, Sept. 29 against (3-4) Northeastern State University in Tahlequah, Oklahoma. Lindenwood is looking to capture its second MIAA win on the season.