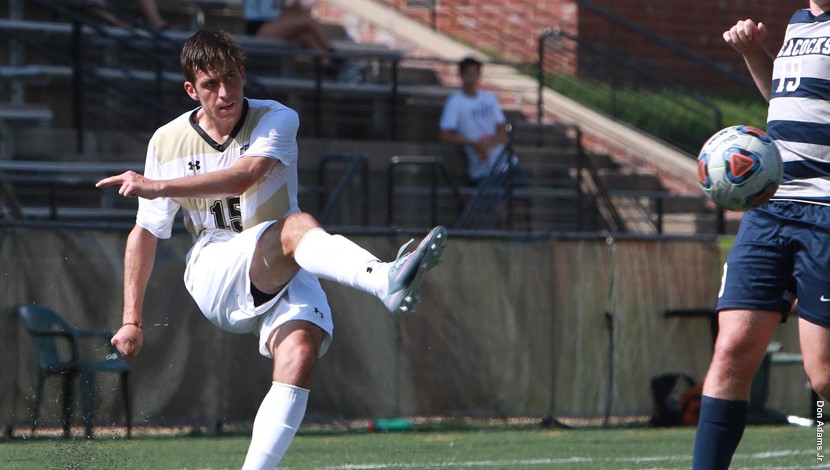 The Lindenwood men’s soccer team cruised past Southwest Baptist University on Sunday with the final score of 5-1 from Bolivar, Missouri. Five goals are the most the Lions have scored this season.

Freshman Michele Ganz scored the opening goal in the 33rd minute as that was the only goal in the first half.

When the teams came out for halftime, it was all Lions from there. Fernando Cordero scored his first goal on the season in the 59th minute, converting the penalty kick making it 2-0 Lions.

Gabriel Jaimes added to the score in 62nd minute, giving the Lions a three-goal lead. This was Jaimes’ second goal on the season.

The Bearcats would get on the board in the 63rd minute on John Clerveau’s shot that went past the diving Lions goalkeeper.

In the 69th minute, Ganz would put away the fourth goal of the game on a cross from defender Johannes Brendle. This goal was Ganz’s second of the game and his seventh goal in just nine games.

Brendle scored the fifth goal of the game in the 74th minute, and the goal was Brendle’s first on the season.

“We created many chances which we could finally convert into goals in the second half,” Brendle said. “It was important to come back after our loss on Friday. Great team performance today.”

Lindenwood out-shot Southwest Baptist University 21 to four including 13 shots on goal compared to the Bearcats’ two, according to Lindenwood Athletics.

This win takes the Lions to 5-4 on the season. The team’s next game will be against Oakland City University at 3:30 p.m. on Oct. 4 in Oakland City, Indiana.