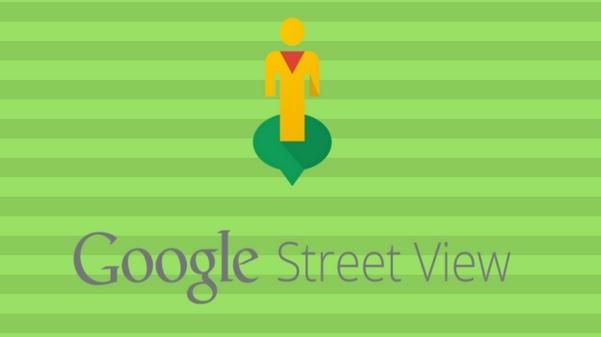 Computers are complicated. There are programs that abound with functions that completely befuddle me. Majoring in journalism means I have to be around computers a lot to learn Photoshop, InDesign and other programs. But when I am at my lowest point and think there is no hope, I remember the glorious invention that is Google Street View.

I am a geography nut, and there is no better feeling than knowing I can virtually visit places I have never gone and never will go. Seeing other countries and cultures is a truly eye-opening experience. I can walk the streets of Ireland, stroll down the alleyways of France and venture across East St. Louis without fearing for my safety. It is an experience that transcends all others.

Another amazing aspect of Street View is the fact that there is a nearly infinite amount of streets to tour. I could spend years on end on the program and not even see half of what is covered. It is a technology that has reached epic proportions.

I know there are people with qualms about Street View. Numerous lawsuits have been filed from people who were shown on the program, and Google has had to pay significant sums of money and make compromises as a result of hosting it. But I am so glad Google has the courage to continue with it.

There are options to blur houses and other buildings on Street View, and some countries, especially Germany, take advantage of that. It can be disappointing not to see something I would see in real life, but I understand the concerns some people have regarding it.

While I know I enjoy Street View more than most, I think it can be utilized for means other than simple enjoyment. If people have trouble finding places on normal maps, they can take tours from ground level. If people are curious about certain countries, they can check them out as long as the countries are on Street View.

There are still many countries that do not possess Street View, but Google is continuing to expand its coverage. On July 27, Google provided street images in Nigeria for the first time. It has officially announced plans to cover streets in Jordan, Austria, the Faroe Islands and Curaçao and has unofficially announced several more. It makes me happy that it doesn’t plan to cease coverage anytime soon.

There are a few countries that I fear will never receive Street View, barring extreme changes. North Korea is an example of this because of its totalitarian government and heavy restrictions on transportation.

Street View is truly an astounding creation, and during my despondent times, I sometimes hop onto it and explore the world, forgetting my troubles. I go to every country that has Street View, and one unique activity I partake in is finding dogs and putting them on Twitter for the world to see. Follow @streetviewdogs to see these hounds in all their glory.