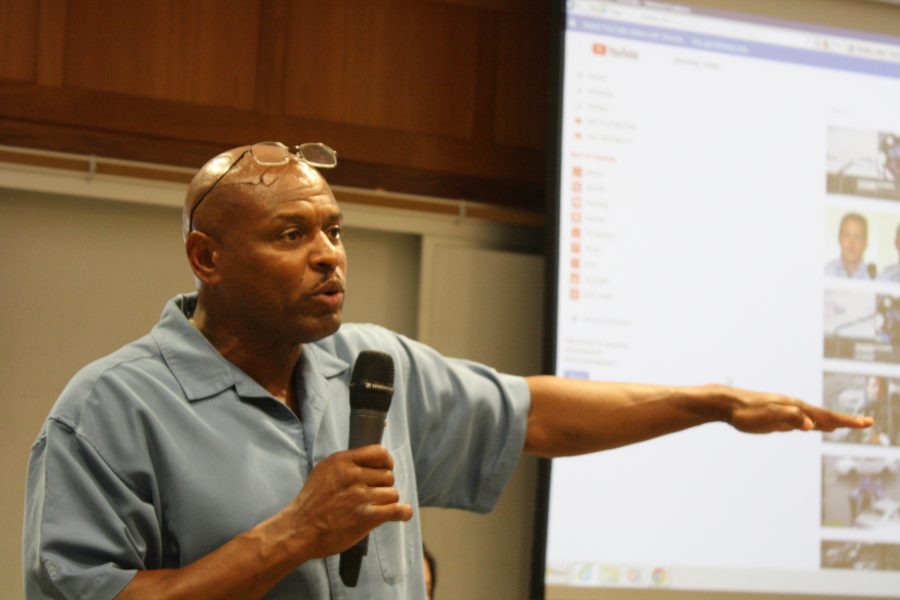 The first of this semester’s Diversity Dialogues held by the Diversity, Equity and Inclusion Taskforce will be an open forum on free speech Tuesday, Oct. 10 from 3:30 to 4:30 p.m.

The forum is free and will happen in Dunseth Auditorium.  Moderated by associate professor of criminal justice Pernell Witherspoon and featuring a panel of three faculty members, the event is expected to examine cases such as the NFL protests as well as protests and riots surrounding events at universities, such as in Berkeley and Charlottesville.

In response to high involvement in last year’s two town halls they conducted, the DEI Taskforce decided to hold the monthly Diversity Dialogues to facilitate discussions which are “more thematic and less broad,” according to Cohen.  He hopes the first forum will center around what are appropriate forms of speech and protest.

“Free speech and the questions that come with it are really a good starting point for when we then move into … other issues,” he said.

The three panelists will be Title IX cordinator Kelly Moyich, professor of history Don Heidenreich, Jr., and assistant communications professor Andrew Smith. Cohen said Moyich, a lawyer, can provide legal context to the conversation, and Smith was chosen because he teaches media literacy in his classes.

“Since a lot of the questions of free speech do dovetail with questions with media, I thought he might be a good person,” said Cohen.

Heidenreich also teaches classes on political science and constitutional law and is a former National Guard officer. He also specializes in the early history of the United States.

“The whole purpose of the First Amendment is to prevent the government from limiting speech that might be derogatory to what the government wishes,” he said, and condemned Trump’s comments about the NFL protests.

The forum’s moderator, ex-cop Witherspoon, said he hopes the event will expose people to differing viewpoints even if they’re not likely to change their minds.

He said, “I hope it will at least allow people to get a glimpse of another perspective … and not necessarily accept the opposing perspective, but understand the opposing view.”

Heidenreich emphasized the importance of free speech, while also saying people should be aware of others’ sensitivities. He said he wants students to be able to have passionate disagreements without personal animosity.

“The biggest thing I would like to see [the forum] accomplish is to get people to begin to chill when somebody says something that they don’t like.” he said. “The fact that we don’t all agree on everything is a good thing, and we need to learn to have civil dialogue about this.”

Cohen said word about the forum was spread by “word of mouth, flyers and email,” and he hopes for a high turnout.

The DEI taskforce plans to hold Diversity Dialogues in November, February, March and April. The topic for the next forum will be Deferred Action for Childhood Arrivals (DACA), DREAMers, and immigration, and Cohen encourages those who want to suggest topics for future forums to contact him or Williamson.