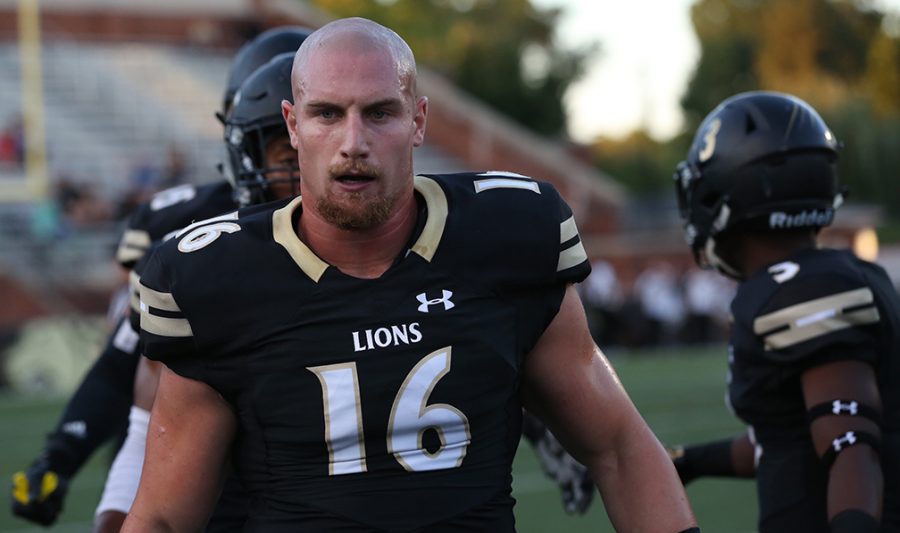 This file photo shows Connor Harris walking off field vs. Central Oklahoma on Sept. 1, 2016. Harris is now a member of the Arizona Cardinals practice squad.
Photo by Carly Fristoe

The Arizona Cardinals announced on Tuesday that they have added Connor Harris to their practice squad.

In the Arizona Cardinals vs. the San Fransisco 49ers game on Sunday, Oct. 1,  Markus Golden, Affton High School alumnus and former linebacker at the University of Missouri, went down with a torn ACL. Golden was placed on injured reserve, and this opened up a roster spot.

Scooby Wright, former linebacker at University of Arizona, was moved from the practice squad to Golden’s spot on Arizona’s 53-man active roster.

The open spot on the practice squad was filled by Harris, according to azcardinals.com.

After four years at Lindenwood, Harris earned the title as the NCAA all-time tackle leader with 633. In his senior season, he was also named the DII national defensive player of the year, according to jetswire.usatoday.

Harris did not get drafted by the NFL. His career didn’t end there, though; the New York Jets signed Harris to an undrafted free-agent contract on April 29.

After working with the team this past summer, during roster trimming, Harris was cut by the Jets. Harris had not been picked up by any team until this Tuesday.