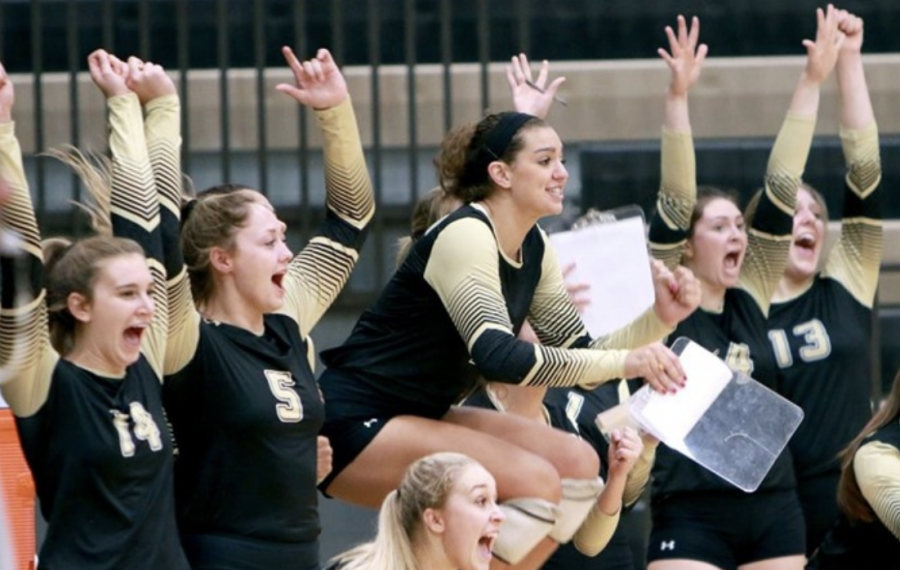 The Lindenwood women’s volleyball team (12-8) won its third and fourth games in a row with wins over Missouri Southern (9-10) and Southwest Baptist (2-18) this weekend.

Middle hitter Sadie Kosciuk recorded a career-best 14 kills in the game while hitting .393. Kosciuk has been a standout since getting an opportunity after Alex Bogusz’s injury. The freshman has tallied 74 kills in her seven starts.

The Lions offense was consistent all weekend, hitting .273 against Missouri Southern. Alex Dahlstrom, Emily Wylie and Bailey Dvorak paced the Lions on attack. Dahlstrom and Wylie recorded nine kills, and Dvorak had seven.

On Saturday, the Lions defense at the net was a strong point. The Lions were able to consistently shut down the Southwest Baptist offense, limiting it to a .008 hitting percentage.

“It feels great getting into a rhythm anytime you play,” senior Megan Hellwege said. “This weekend, more so Friday, our lineup was clicking, and we were all able to stay loose and have some fun on our home court. I think our hard work is paying off, and we are seeing some success with it. But we are obviously not satisfied and have lots more to prove this season.”

The Lions will look to extend their winning streak with an away game in Rolla, Missouri, against Missouri S&T (5-13) at 6 p.m. on Tuesday, Oct. 10.