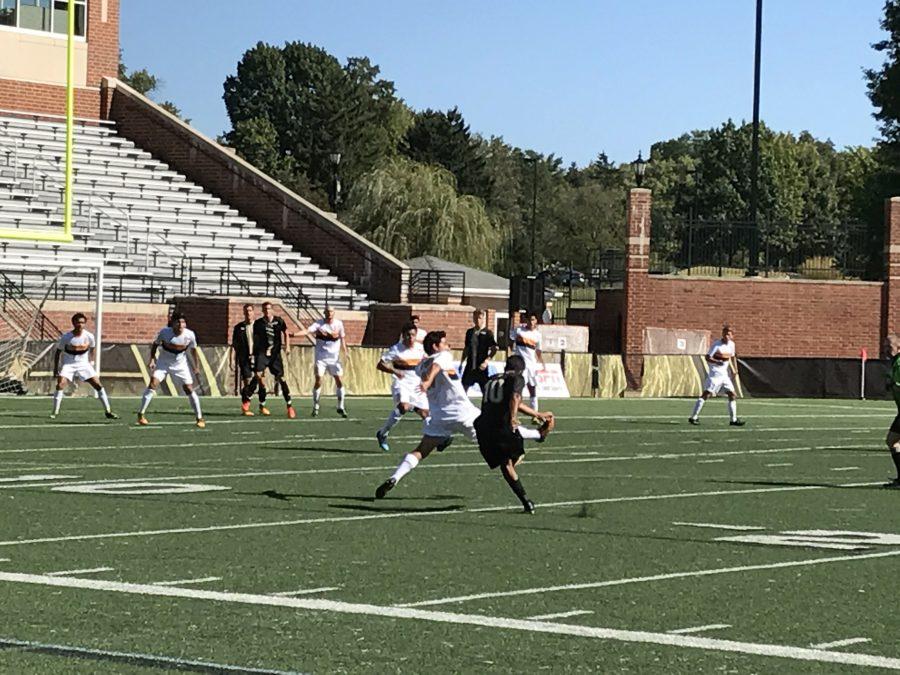 The Lindenwood men’s soccer team fell 2-1 against Fort Hays State early Sunday at home. This is the second loss that the Lions have against MIAA opponents, and they are now 2-2 in the conference.

Neither team could score in the first half, but it was Michele Ganz who opened the scoring in the second half with a goal in the 48th minute. The freshman now has nine goals on the season in just 11 games.

The Tigers quickly responded with a goal in the 53rd minute on a shot by Abdoulaye Cisse for his sixth goal on the season.

Mauricio Etcheverry broke the tie in the 80th minute with a cannon from 30 yards out past the arm of Lindenwood goalie Tim Licht, giving the Tigers a 2-1 lead and the win for Fort Hays State.

“We did a great job scoring the first goal, but after that we lost concentration and were not close enough to the opponents who penalized us with two goals,” Lindenwood player Johannes Brendle said.

Lindenwood had 11 shots with six on goal whereas Fort Hays State had 15 shots with nine on goal, according to Lindenwood Athletics.

The game was physical throughout; Lindenwood committed 14 fouls, and the Tigers committed nine. Three yellow cards were issued in the game: one to Leon Silva on the Lions, and two to Raul Fierro and Luis Mendez on Fort Hays State.

With this loss, the Lions are now 6-5 on the season, and their next game will be on Oct. 8 against Delta State University at 1 p.m. at Harlen C. Hunter Stadium.