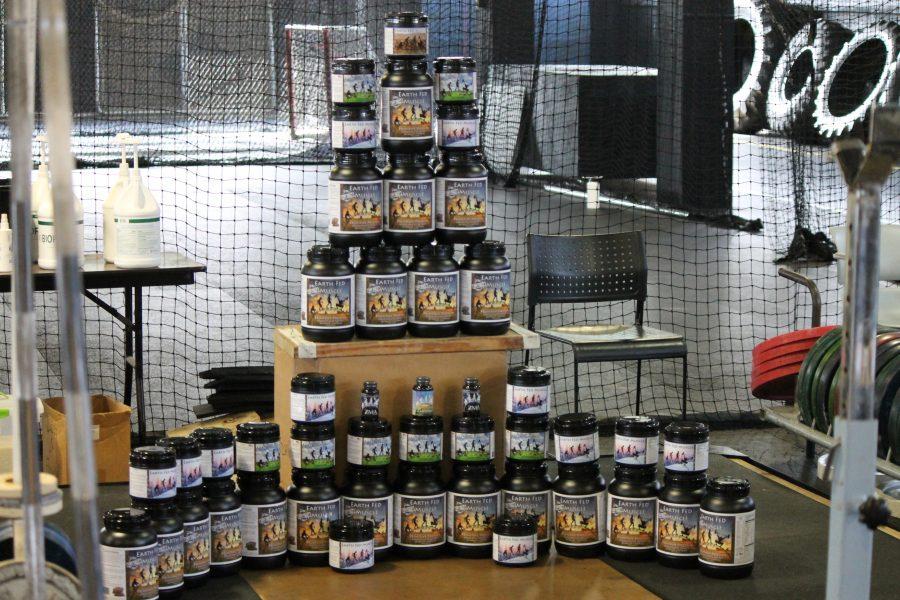 “Earth Fed Muscle is a main supplement company strictly marketed to Olympic weightlifters,” said assistant coach Austin Rodriguez. “We’ve talked to them about getting sponsored, and here it is.”

“They said that as long as we spend $800 per order, we will receive 40 percent off,” Rodriguez said. “I can assure you we definitely won’t have any problem with that.”

“They originally contacted me through Instagram about sponsoring me,” Barnes said. “Then my brother contacted them about checking out Lindenwood as a team, and because of our three national titles on the résumé, things looked really good for us.”

Lindenwood’s respected status as a team matches the reputation Earth Fed Muscle has throughout the weightlifting world.

[perfectpullquote align=”right” cite=”” link=”” color=”” class=”” size=””]”No other collegiate weightlifting team is sponsored, and they only sponsor the real-deal athletes, and everybody knows that”

“It’s specifically marketed to Olympic weightlifters because we go through the USAD and Earth Fed Muscle works within that,” Barnes said. “You wouldn’t see it marketed in GNC. There are a lot of unsafe brands in there that claim to be all-natural but they really aren’t, and they can get away with saying that because they’re not looked over by USAD.”

A sponsorship from Earth Fed Muscle not only assists the team financially, but also has a heavy hand in recruiting.

“No other collegiate weightlifting team is sponsored, and they only sponsor the real-deal athletes, and everybody knows that,” Rodriguez said.

When the deal is done, Lindenwood won’t be the only one reaping the benefits.

“It’s going to be huge for them too,” Rodriguez said. “We’re going to be their biggest consumer.”

Overall, the Lions like the position they’ve put themselves in.

“You’ll always have competition, but this will definitely put us another step ahead of the competition,” Barnes said.

Because the deal between Lindenwood and Earth Fed Muscle was done without a contract of any sorts, it remains in effect indefinitely.