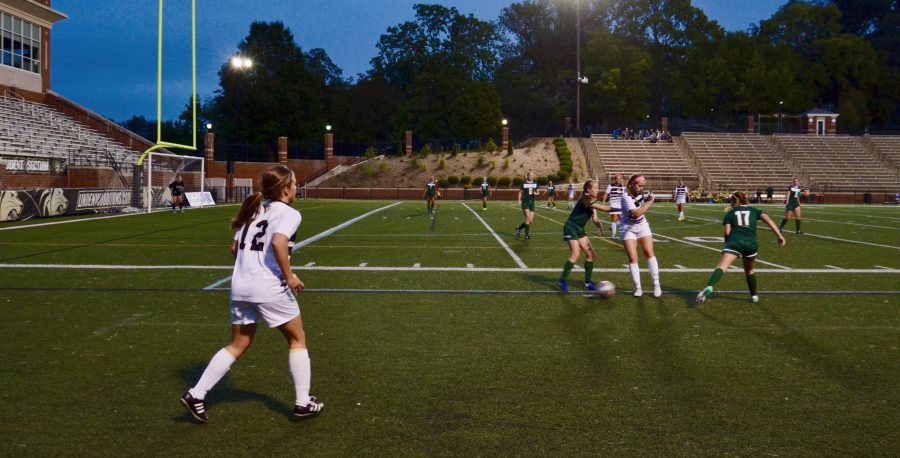 Becky Roberts gains possession over the ball during the game against Missouri S&T on Sept 12. Roberts scored on Friday night in 2-1 loss.
Photo by Rolando Dupuy

It didn’t take long for the Lions to jump out to an early lead. In the forth minute, midfielder Jordan Wipke crossed in a ball from 35 yards out that found the foot of Becky Roberts, where she put the ball into the net to give the Lions the 1-0 lead.

Lindenwood controlled most of the play in the first half as it had the majority of the scoring chances, out-shooting the Ichabods 7-2 in the first 45 minutes.

Washburn would make a push to get the equalizer midway through the second half, and it did just that. A shot from the right side got past goalkeeper Mary McGilvray in the 70th minute to tie the game at 1-1.

This game looked like it was headed for overtime, but Washburn had different ideas. The Ichabods would get behind the Lions defense and put the ball in the back of the net from five yards out to gain a 2-1 advantage in the 85th minute. That is how the game would end.

The Lions out-shot Washburn 16-9, as well as holding the corner kick advantage 5-3.

The loss now puts Lindenwood at 4-8-1 on the season and 1-4-1 in MIAA play. Washburn improves to 8-4-1 on the season and picks up its fourth win in conference play. The Lions will have a quick turnaround as they will face Emporia State at 11 a.m. on Sunday in Hunter Stadium.