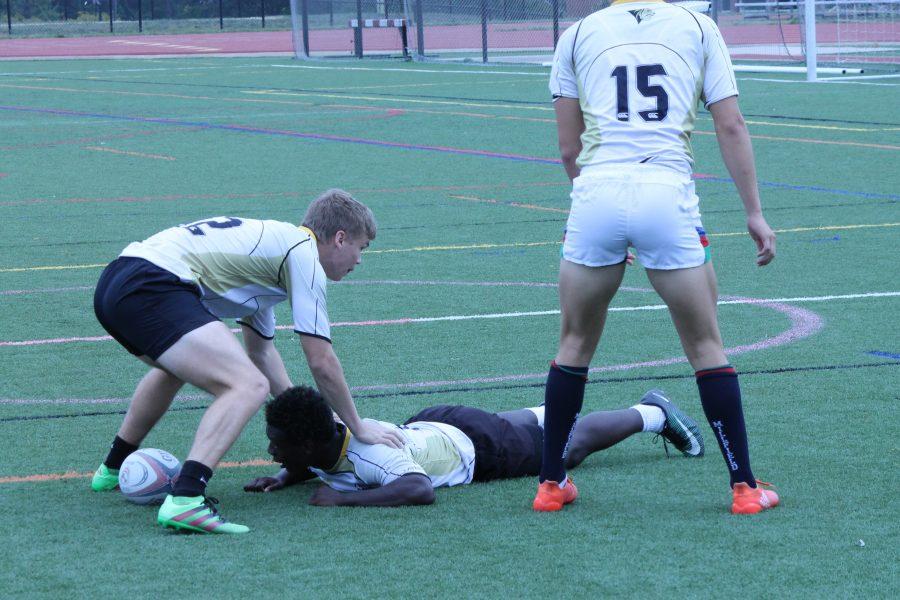 In late November, The North American Barbarians will be flying to the Middle East to compete in the Dubai Invitational Tournament. and Lindenwood sophomore Nick Taylor is doing all he can to join them.

“The trip will last a week long, and people are flying from both the United States and Canada,” Taylor said. “Right now I’m trying to raise $1,000.”

Taylor’s invitation came from a coach whom Taylor was already quite familiar with.

“Nick has played several tournaments for me over the past three years,” head coach Cam Wilton said. “Nick’s diversity in terms of being able to play almost anywhere on the field makes him attractive over any of his opposition. Not many players can bounce between two different countries’ national teams and also do it at multiple positions.”

[perfectpullquote align=”left” cite=”Nick Taylor” link=”” color=”” class=”” size=””]The Invitationals are held once a year, and I like to stay rather humble, but this is a big deal.[/perfectpullquote]

The prominence of the International Invitationals is a driving force for Taylor’s sense of urgency in raising the money.

“The Invitationals are held once a year, and I like to stay rather humble, but this is a big deal,” Taylor said. “There was a pool of 40 players from both Canada and the U.S., and the coach narrowed it down from 40 to 12, and I made it in there.”

“It’s after our season, so there’s no conflict, but we have a history of guys competing abroad,” Macy said. “I always support their personal growth. It’s always great to have the Lindenwood flag waving out there.”

Taylor, Macy and Wilton all know how much a successful trip can do to help Taylor, but in the past, he and a team have taken to foreign countries to help others.

“I’ve been down to Colombia before for a tournament to donate clothes,” Taylor said. “We go down there trying to introduce rugby as a way to pull people away from gangs. The majority of the donations go to the actual kids so that they can see there’s a community that’s trying to help them.”

While the North American team has the talent and will to make an impression overseas, the financial support has plagued them in the past.

“This is the first time a North American team has gone,” Wilton said. “We were invited two years ago, but we couldn’t raise enough money to take an elite team down there.”

This time around, the trip will be made. The only thing up in the air is if Taylor will be able to make the trip. To donate, funds can go to https://www.gofundme.com/nick-taylordubai-7s.