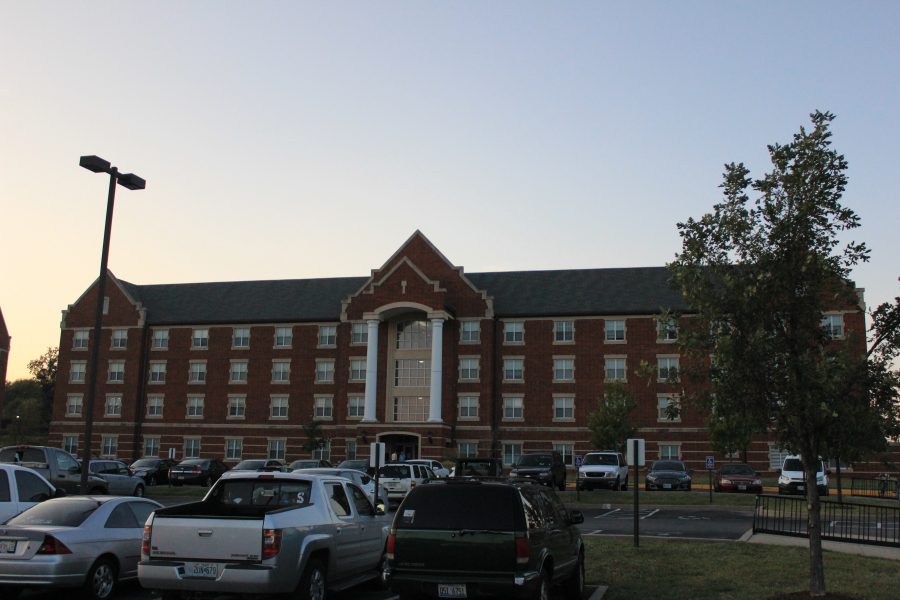 Knives and ammunition were found in a room in men's dorm Pfremmer Hall.
Photo by Matt Hampton

A male student is facing disciplinary action after Lindenwood officials discovered ammunition and knives in his dorm room in Pfremmer Hall.

John Bowman, director of public safety and & security confirmed the incident Monday. It is unclear why officials were called to the student’s room. However, several students reported seeing an ambulance, fire truck, police car and three security vehicles outside of Pfremmer around 3 a.m. Friday.

Bowman said the student was in no condition to be interviewed when they found the items in his room. The possession of the items does not break the law, he said, but having them in the dorm room is a violation of Lindenwood policy. Bowman declined to say what type or the amount of the ammunition that was found, but he described the knives to be “smaller” in size.

According to the Lindenwood student handbook, “All fireworks, firearms, explosives, BB guns, archery equipment, knives, or other items that may be considered weapons (i e , snowballs, water balloons, paint pellet guns, soft pellet pistols, or decorative swords) are prohibited on the campus. Violators are subject to campus disciplinary action, up to and including dismissal and possible referral to appropriate local, state, or federal law enforcement agencies.”

Shane Williamson, dean of students, said the investigation is ongoing but could not comment further on the incident.

Lt. Chad Fisk, public information officer for St. Charles Police Department, could not be reached for comment Monday, but on Saturday, he was not aware of the incident.

Assistant Director for Student Involvement and Greek Life Christopher Miofsky said due to the nature of the situation, he cannot comment on whether the subject’s membership in Phi Delta Theta fraternity was revoked because of the incident.

Read the interview with the subject of the incident here.