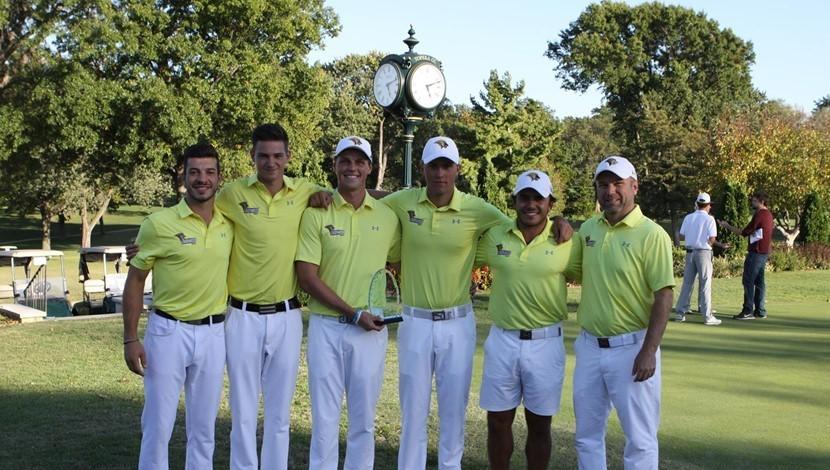 The team after their first place victory at the Ichabod invitational
Photo by Don Adams Jr.

The Lindenwood men’s golf team finished its fall season with a first-place finish Tuesday at the Ichabod Invitational in Topeka, Kansas.

“I am happy with how our season ended,” coach Derek Schaub said “The guys now know what I expect during the second half of the season.”