The International Point of View 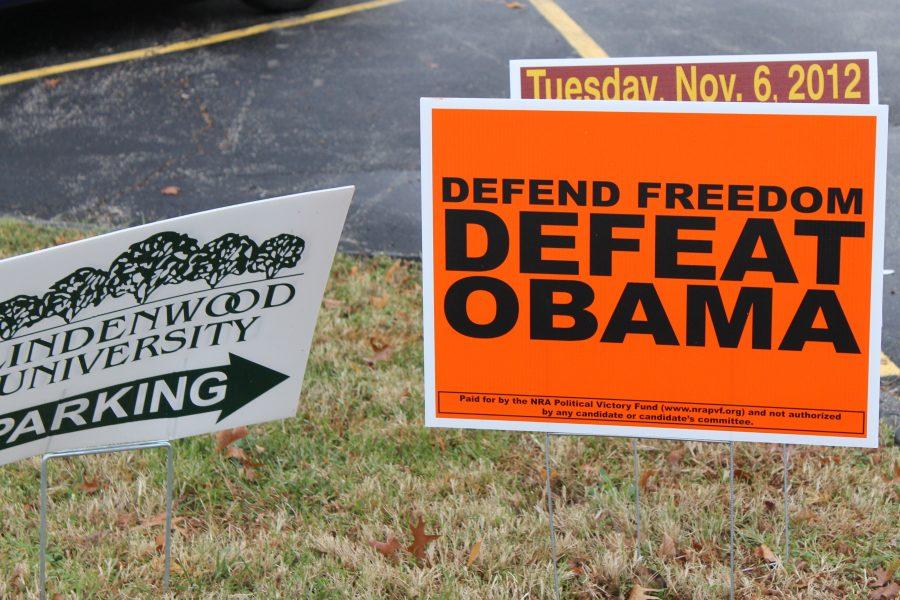 Photo by Kelsey Rogers Signs were put around the Presbyrterian Church in St. Charles.

America has great influence all over the world, and so does its next leader. With the upcoming result of the presidential elections, Americans are paying close attention for its disclosure.

Lindenwood students are also getting ready to vote. However, there is a mute population of Lindenwood who happen to have opinions on this matter too, even being able to vote: international students.

Through interviews with students from Brazil, France, Mexico, Mongolia, and South Korea, the conclusion is that Obama is appointed the favorite for victory.

The points made from the international students included Obama’s international affairs, and how he is trying to restore America’s image with the Middle East. Students also pointed out how First Lady Michelle Obama is inspiring.

On the other hand, one student said that a change would be good, and Romney should have an opportunity.